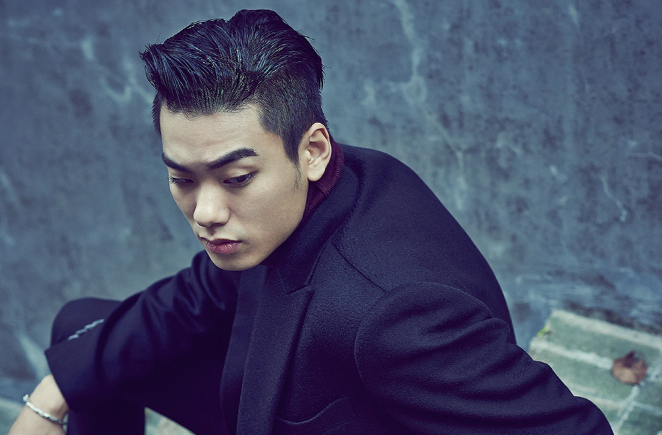 Rapper Iron has been booked without detention on the suspicions of assaulting his girlfriend (hereafter referred to as “A”).

On March 14, according to the Seoul Central District Prosecutor’s Office, Iron has been booked without detention for the suspicion of hitting his girlfriend multiple times, allegedly causing a fracture.

The police stated that Iron is under suspicion for angrily punching “A” in the face multiple times when she did not listen to his request while they were having sexual relations. Two weeks later at the same place, when A notified him of her plans to break up, he reportedly strangled her neck, beat her face multiple times, crushed her body, bruised her face, and fractured her left pinky finger. He is also under suspicion for threatening her by taking a deadly weapon from the kitchen and injuring his right thigh, saying, “If you report this to the police, I’m going to say that you stabbed me.”

Iron spoke with media source Sports Korea, saying, “My girlfriend demanded the assault. The [reports] on the self-injury are groundless. I want to precisely tell the truth because right now the other party’s untrue claims are being released in articles.”

The rapper continued, saying, “The first time we met was because of a jacket shooting for my album. She was a model for my album. The most problematic point about her is that she is a masochist with a desire for sexual sadism. In the beginning, I was shocked. She always asked me for violence. She said that it was the only way she would feel satisfied. It was during the process of her merciless violence that I acted out of self-defense.

“Her image was so scary, and I knew that she had a boyfriend so we broke up. She was once my girlfriend, but I was able to see her crooked mentality. As I got to know her, I later started to feel a deep fear. I have never mercilessly used violence or threats against women. I may be a person with a lot of shortcomings, but I have never injured others nor have done damage to others for the sake of getting what I want.”