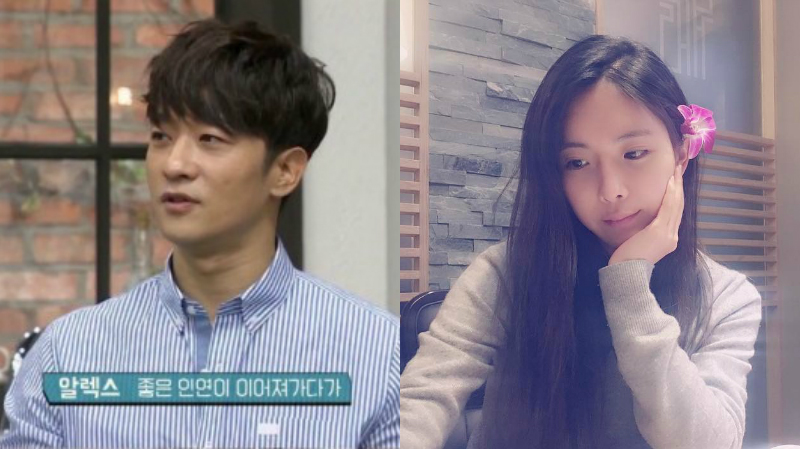 Clazziquai’s Alex Touches On His Recent Breakup With Hyunyoung

Singer Alex from Clazziquai made a guest appearance on the March 14 broadcast of Olive TV’s “What Shall We Eat Today?,” which marked the first variety show he’s been on since his breakup with former Rainbow member Hyunyoung.

This particular episode was actually filmed on the day reports confirmed the two celebrities had parted ways, and during the show, the MCs carefully asked Alex about how he was feeling.

The singer carefully stated, “I think it’s good that we support each other, and we wrapped up things nicely in order to go our own paths after maintaining a good relationship.”

He remained a good sport when the MCs had to clarify to fellow guest Andreas Varsakopoulos -of “Abnormal Summit”- that Alex had broken up with his girlfriend, and joked, “Someone who didn’t know until just now doesn’t need to know.”

Alex and Hyunyoung confirmed their split just last month in February, after dating for approximately a year and four months.

Alex
Clazziquai
Hyunyoung (Rainbow)
What Shall We Eat Today?
How does this article make you feel?