Early February, the years-old T-ara bullying scandal resurfaced when — after an appearance by Ryu Hwayoung and Hyoyoung on tvN’s “Taxi” — a former T-ara staff member came forward with her account of what happened.

Now, a little over a month since the staff member came forward, the scandal has resurfaced once more, sparked by a comment from Kim Woo Ri, a stylist who used to work with T-ara.

On March 13, Kim Woo Ri said on “Heard It Through The Grapevine” that Ryu Hwayoung used to mistreat the staff that used to work with her. He gave a specific example, saying that she addressed her hair stylists disrespectfully as “Shampoo,” and that she said things such as, “Shampoo, let’s go.” He said, “Since she got things that T-ara had to work hard for all at once, she had no respect. Simply put, she was rude.”

Ryu Hwayoung responded on her Instagram on March 14, writing, “Mr. Kim Woo Ri. I know you’re close with Hyomin, but don’t make up stories.” She then uploaded a picture of the T-ara members with Kim Woo Ri, saying, “I get it, Mr. Woo Ri, so stop making things up.” 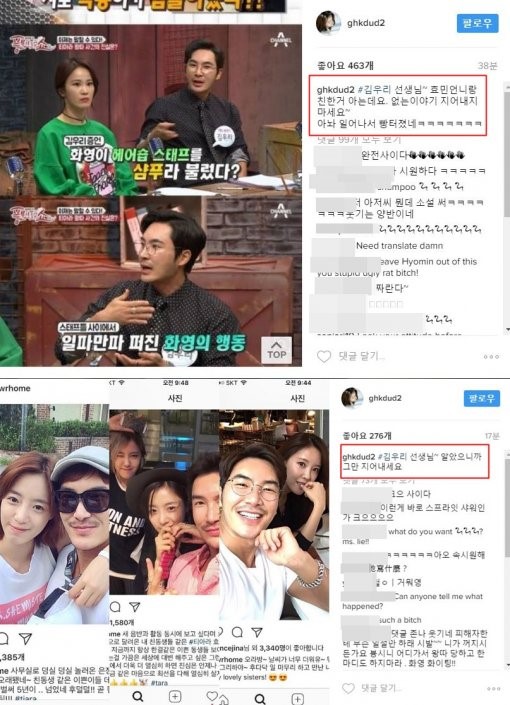 In another post, Ryu Hwayoung said, “I’m rude? You’re making things up, and it’s a mess. Let’s not pay any attention to this.. Good or bad, what goes around comes around.” 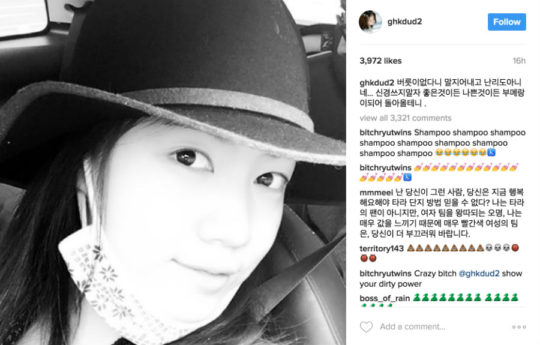 However, two other staff members who used to work with Ryu Hwayoung have come forward in Kim Woo Ri’s defense and confirmed that they were called “Shampoo” by Ryu Hwayoung. One of the stylists, who gave an anonymous statement, said, “[The T-ara members] usually called us ‘Unni,’ but Hwayoung called us ‘Shampoo.’ She did disrespect her hair stylists by calling them ‘Shampoo.'”

Another anonymous staff member said, “I felt that she was disrespecting our profession itself, so I submitted a resignation letter at one point.” The staff member added, “She embarrassed us in front of others, so it was impossible for the staff to like her.”

kim woo ri
T-ara
Ryu Hwayoung
How does this article make you feel?