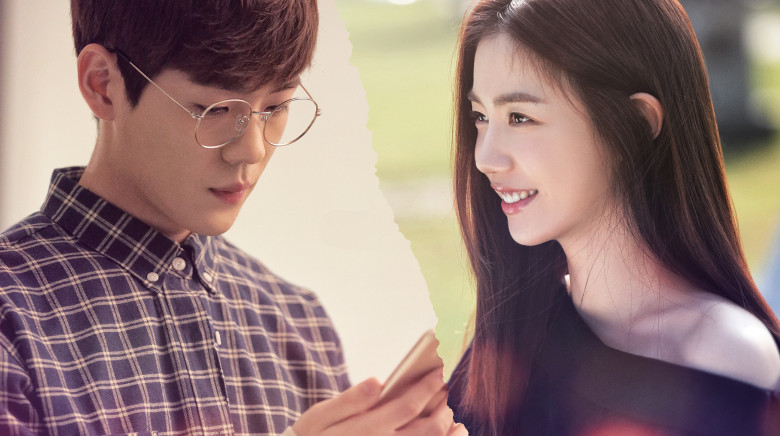 3 Reasons You Should Watch “Traces Of The Hand,” Adapted From The Popular Webtoon

“Traces of the Hand,” the Viki Original web drama starring Shin Jae Ha and Ryu Hwayoung, recently concluded the run of its first season. The drama will have a total of three seasons, each starring Ryu Hwayoung.

The first season is a romance thriller about a college student (Shin Jae Ha) who discovers an app that allows him to read other people’s text messages, and his endeavors to win over his campus crush (Ryu Hwayoung) with the app.

Here’s more about the drama and why it’s definitely worth your watch:

It’s adapted from a popular webtoon

“Traces of the Hand” is yet another K-drama adaptation of a popular webtoon of the same name. It’s a standout right from the beginning, with its unique plot about having the ability to secretly read others’ texts.

What it would be like to be able to read another person’s texts may be something we’ve all — at least in passing — thought about before. The crazy, privacy-invading situation is brought to life, and we see it played out in a college campus setting.

Our main character finds out he can read others’ texts through an app on his phone called “T-Scope,” and as he looks into others’ private thoughts, everything changes in all the heart-pounding, taboo ways you can imagine.

Ryu Hwayoung turned heads with her appearances in various dramas:

Shin Jae Ha also got his name out through dramas like the following:

Both actors have proven their acting abilities, and the marriage of that and the unique plot of this drama is definitely one to watch, not to mention the fact that the drama takes on two disparate genres; it toes the line between romance and thriller, with Shin Jae Ha’s pursuit of his crush Ryu Hwayoung with his newfound text hacking app.

Stay tuned to Viki for an special interview with Shin Jae Ha and Ryu Hwayoung!

Start watching “Traces of the Hand”: