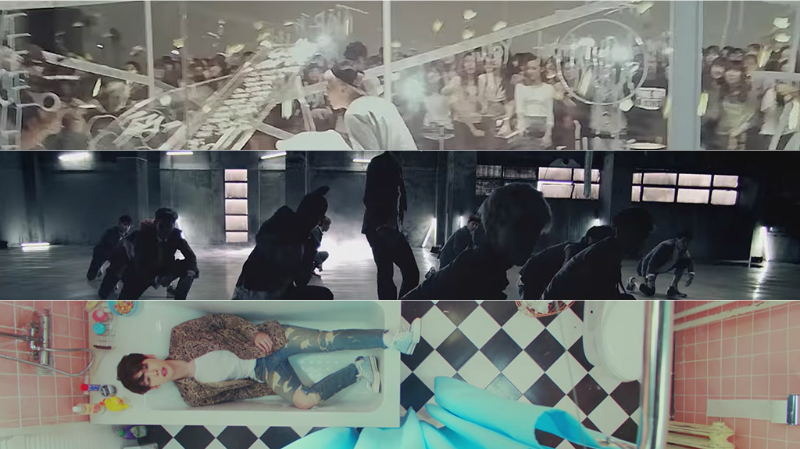 Fans know that K-pop music videos are some of the most masterful music videos being made in the industry right now. Elaborate lighting, beautiful sets, and skillful editing all play a part in creating these videos and are almost a given in most K-pop MVs.

However, every once in a while, you’ll stumble upon a one-of-a-kind gem of a music video that’s both very well-made and entirely unique in how it’s shot. So, in no particular order, here are some of the most uniquely shot K-pop MVs from the last five years. 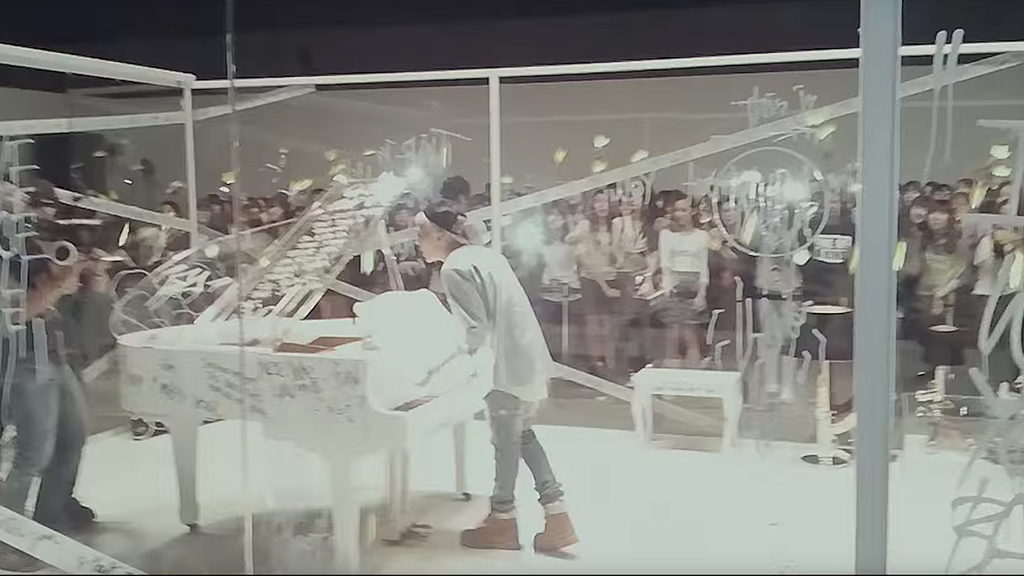 Fans can always expect one-of-a-kind and sometimes outrageous music video concepts from G-Dragon, who is known for his unparalleled creative sensibility, which manifests in everything from his music to his fashion.

And while fanmade MVs are not a new concept necessarily, G-Dragon took it to a whole new level by enlisting 1,000 of his fans to help him film the MV for “Who You.” The final video is made up almost entirely of personal recordings fans took of G-Dragon during a guerrilla concert on the set of his music video.

The final touch to this unique MV was the credit sequence, in which G-Dragon thanks the fans who made the experience possible and listed their names one by one. 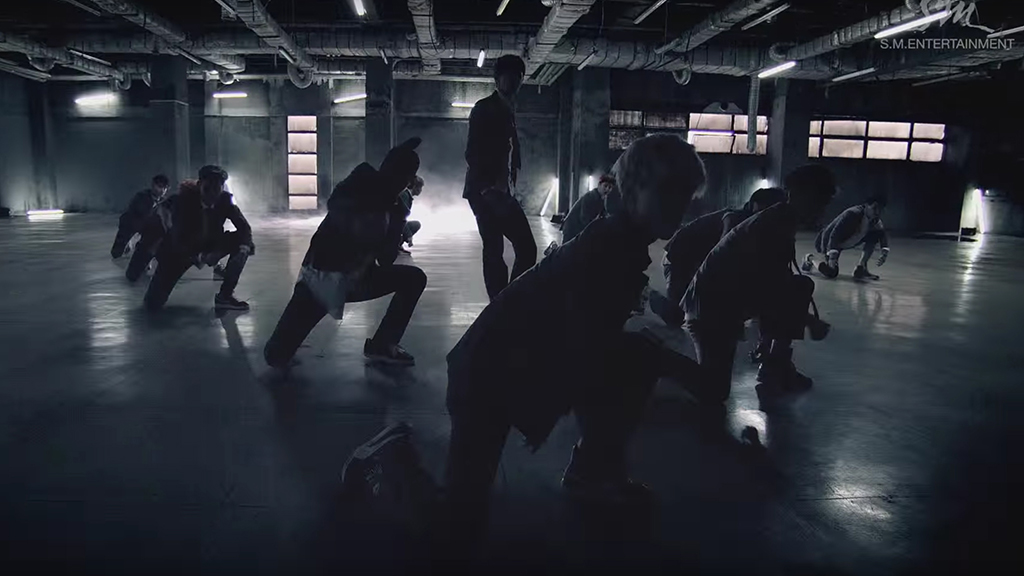 Any K-pop fan who knows EXO beyond just the surface level also knows about the group’s MV for their 2013 hit track “Growl.” The song was their follow-up track to their song “Wolf,” which was what catapulted the then-rookie group into the spotlight.

The one-shot is a term that refers to a music video in which the action is shot continuously from a single camera angle. EXO’s music video for “Growl” is one of the few true one-shot K-pop music videos and is, by far, the most viewed one.

Furthermore, the MV is a choreography video, which complicates the process of making a clean one-shot video as there is more room for error. The final product isn’t perfect, as there are inevitably a few mistakes, but this adds a layer of authenticity that reminds viewers how hard EXO must have had to work to get that nearly perfect cut. 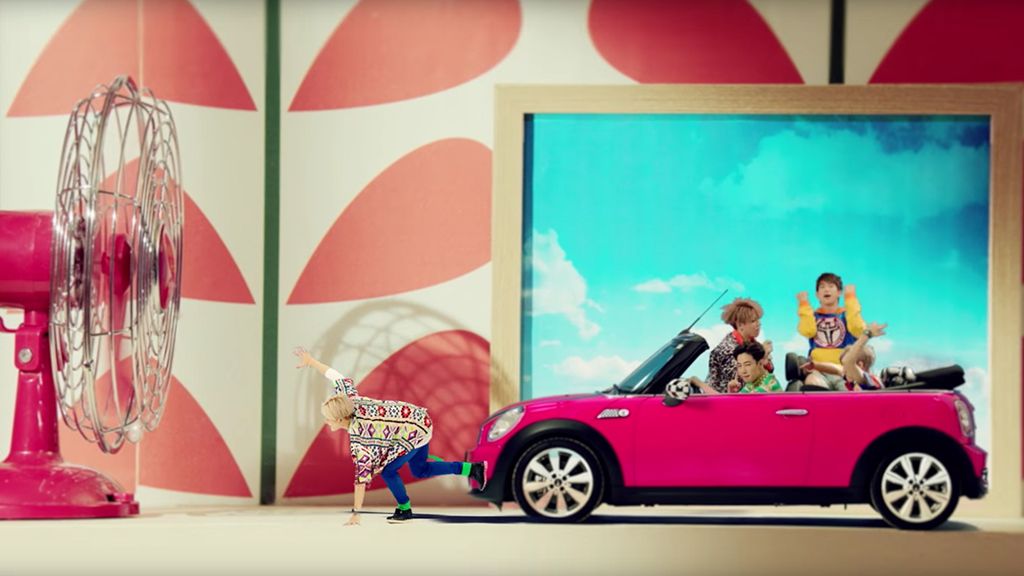 In GOT7’s MV for “Just Right,” the group members are miniaturized, which allows for a cute MV without reusing the same methods found in other K-pop music videos.

As the GOT7 members are supposed to be mini figurine-sized characters, they interact with the main character in an endearing way. Plus, the members also interact with everyday objects in unexpected ways: Jackson first appears lying on a makeup cushion like it’s a bed, Bambam floats through a bowl of milk on top of some cereal, and Jinyoung runs away with a Barbie doll.

The vibrant colors, along with the unique way in which the MV was shot, match “Just Right” with the group’s charming song and quirky choreography. 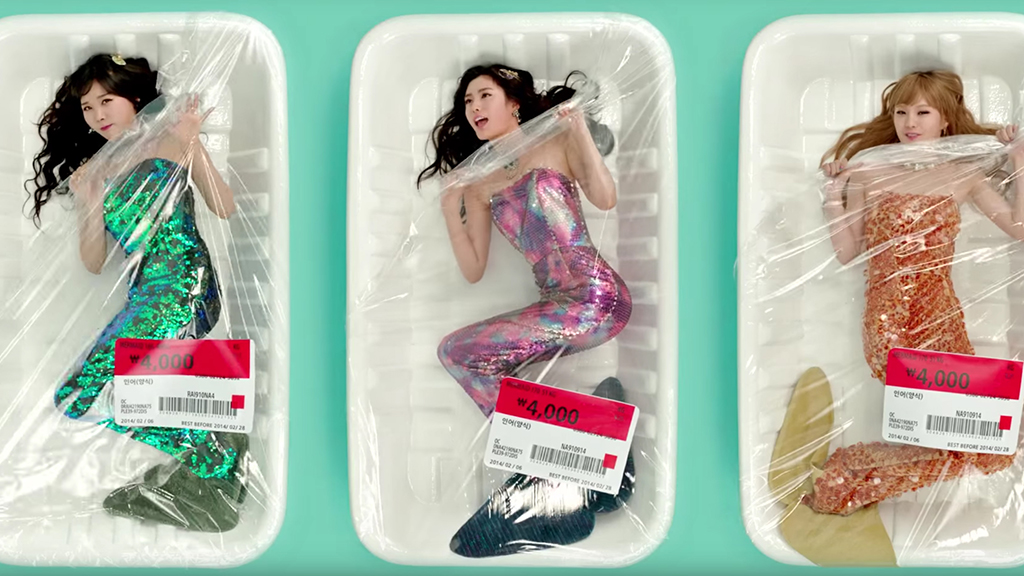 There is no way any other girl group could have pulled off “Catallena” as successfully as Orange Caramel did back in 2014.

The After School sub-group has always been known for their uncommon and sometimes outlandish concepts, but the sushi concept for their hit song “Catallena” is arguably their most unique one yet.

In the MV, the girls are mermaids that somehow end up getting packaged like fish in a grocery store and pose on top of mounds of rice like nigiri. Even in shots of just the choreography, the girls are dancing on a stage that looks like a serving dish for sushi.

No matter how many times you watch the MV, you’ll be asking yourself, “What did I just watch/listen to?” but then go back to watch it again. 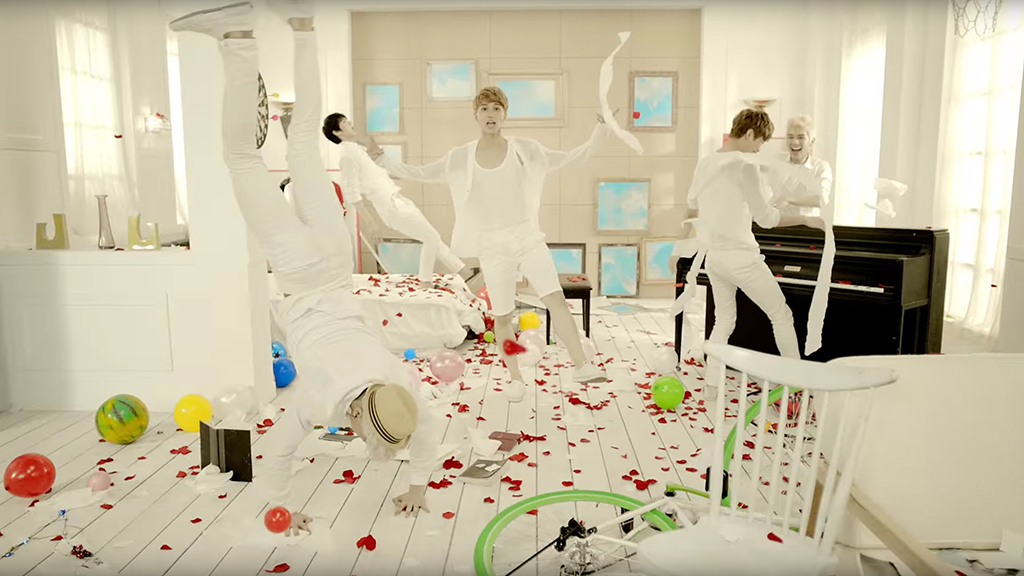 When you first start watching VIXX’s MV for G.R.8.U, it’s not immediately apparent that the MV is visually unique; however, once the members start moving around, you quickly realize that parts of the MV were shot in reverse, like Coldplay’s 2002 MV for “The Scientist.”

Not many attempt to shoot in reverse because the process is complex, as movement has to be carefully coordinated and lines must be memorized and performed in reverse. When done successfully, however, the result is a fun and unexpected visual treat for viewers.

Plus, since the VIXX members are all running around and are individually creating havoc by destroying the set they are filming in, it’s hard to catch everything that happens the first time you watch the MV, which means you’ll just have to watch it again! 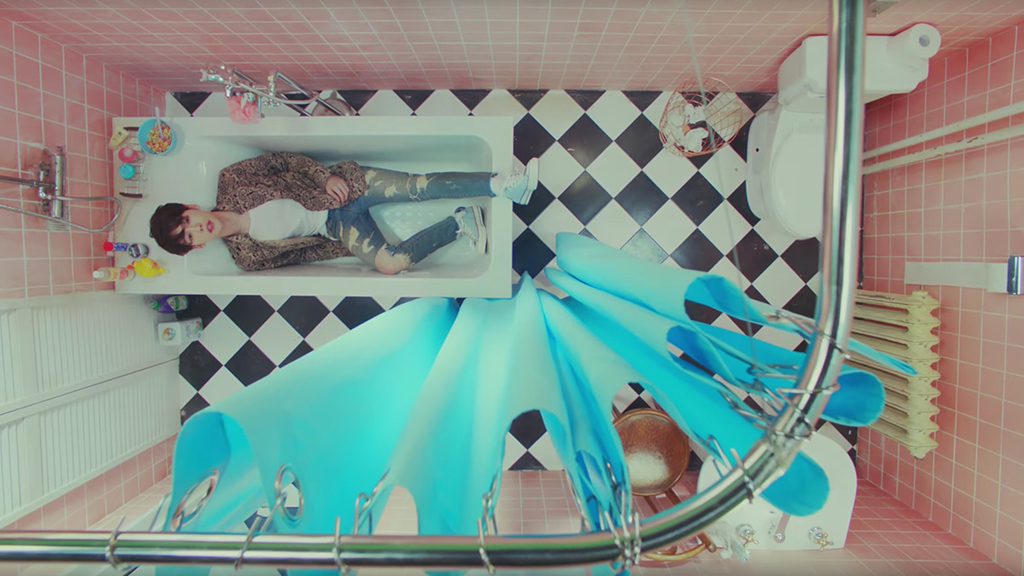 Every one of WINNER’s music videos is visually stunning and very well produced; however, one of their most unique videos is the MV for “Sentimental,” a track from their 2016 EP, “Exit: E.”

What sets this MV apart from other K-pop MVs is the fact that the majority of the video is shot from a bird’s-eye view angle. In other words, from directly above. This creates an intriguing visual aesthetic that you’ll have a hard time finding in other K-pop MVs.

Furthermore, the decision to shoot the MV for “Sentimental” like this was inspired by the lyrics in the song that say, “Stare at the ceiling, there’s no point in drawing on a blank canvas,” which member Mino stated is a key theme of the song. 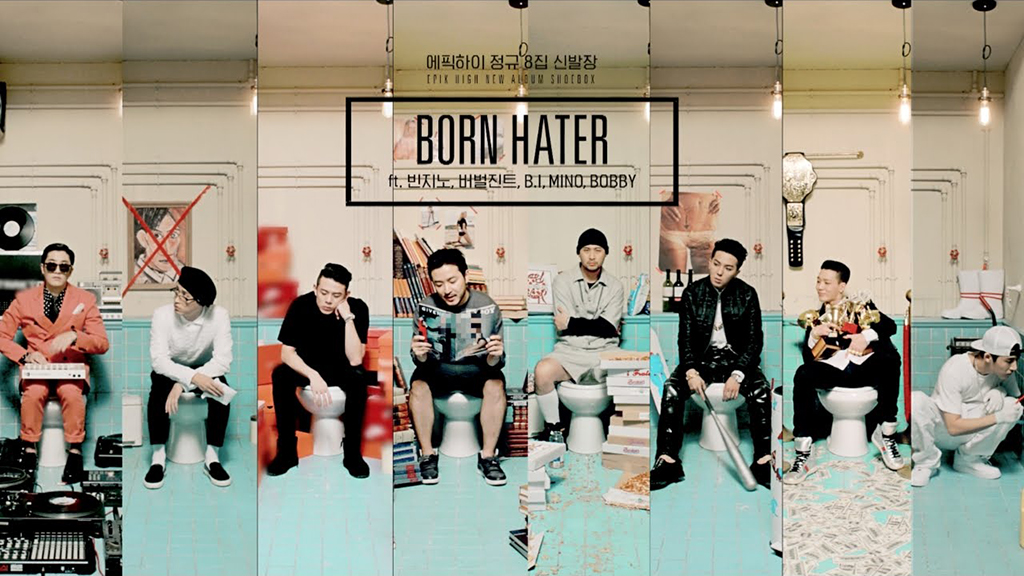 “Born Hater” was already a noteworthy song because it was the product of an ‘epik’ collaboration between hip hop trio Epik High and rappers Verbal Jint, Beenzino, iKON’s Bobby, B.I., and WINNER’s Mino.

The MV was just as unique as a collaboration of this scale is rare. The MV was cropped into an unexpected aspect ratio, almost making it look like it could have been shot vertically on a phone (although the quality of the phone’s video would not be quite as impressive).

The setting of the MV is also notable, as it all takes place in a bathroom. In the MV making video, Epik High member DJ Tukutz explained that the location choice matched the song because a bathroom is where people go to eliminate crap.

Can you think of any other unique K-pop MVs? Let us know in the comments!