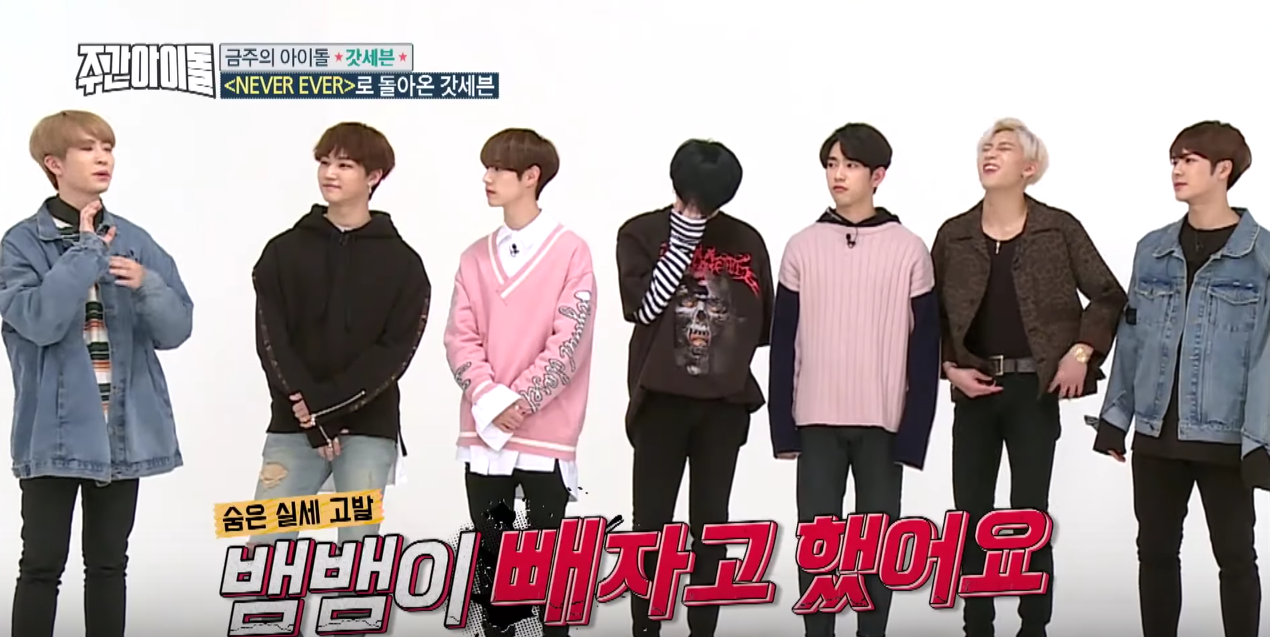 On the March 15 episode of MBC’s “Weekly Idol,” GOT7 appeared to promote their comeback, try the Random Play Dance, and compete for prizes (or at least to not get punished).

While introducing their comeback, the MCs were curious about the name of their new title track “Never Ever,” and asked Mark and Jackson, who speak English, what it meant. Mark got tongue-tied (especially since the MCs had a hard time understanding his native pronunciation earlier in the show) and Jackson cut through the confusion by commenting, “We didn’t choose the title.” 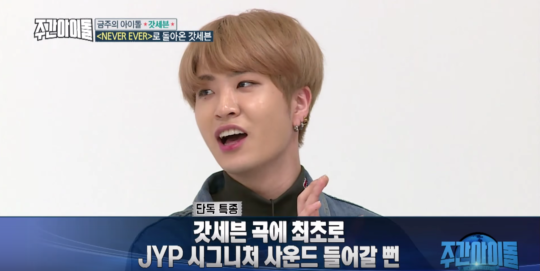 It was revealed that they had chosen the name of the title track together with JYP Entertainment founder and producer Park Jin Young. Youngjae added that Park Jin Young had also originally added his signature whispery “JYP” at the beginning of the track but it was removed because it was felt that it didn’t suit the rest of the song. 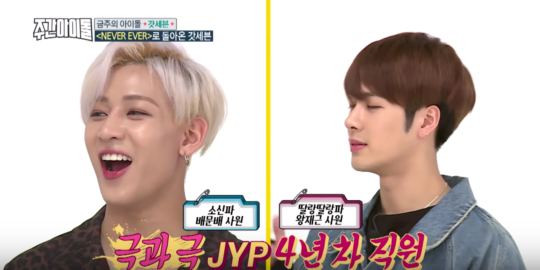 Jackson then chimed in with, “BamBam said to take it out” and Youngjae immediately agreed.

BamBam, flustered, tried to deny what happened, and then explained, “It wasn’t like a whisper. It came out very strong. So…”

How would you have felt about the addition?

GOT7
Park Jin Young
Weekly Idol
How does this article make you feel?