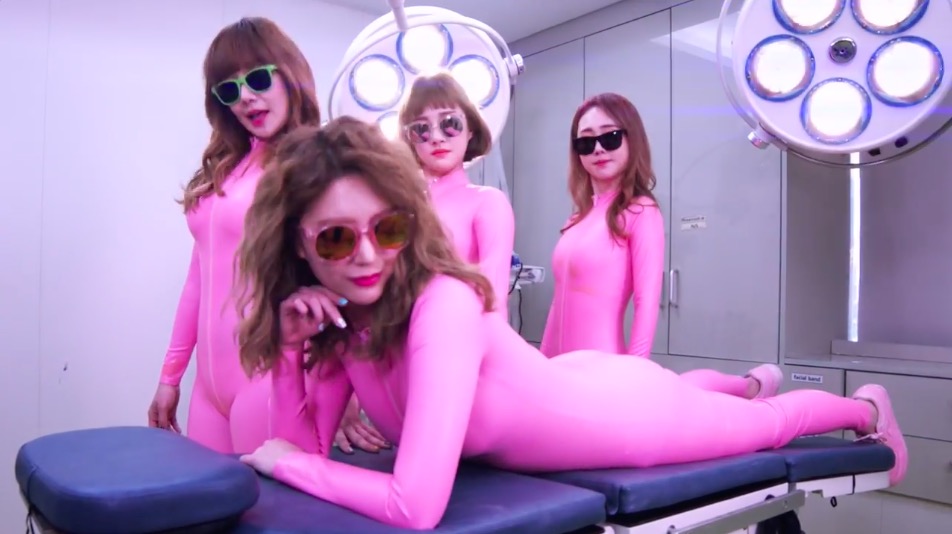 Girl group Six Bomb has now made a comeback after all four members underwent plastic surgery.

Six Bomb previously announced their plans to take on a project to “become prettier” through plastic surgery. They released a music video entitled “Becoming Prettier (Before)” last month that shows the members without makeup, undergoing procedures, and receiving consultations from professionals.

Six Bomb recently said that they spent 100 million won (approximately $89,000) on their plastic surgery procedures. They did not reveal exactly what was done, but stated that they underwent plastic surgery on the top half of their bodies.

On March 16, the group revealed the music video for their new track “Becoming Prettier (After),” which showcases the results of their plastic surgery. It begins with the members entering a clinic in their pink “sausage outfits” that caused a stir during their last promotions, before showing a comparison of the “before” and “after” for each member. The group then sings and dances to their new track in a variety of figure skater-esque outfits.

What are your thoughts on Six Bomb’s concept?

Six Bomb
How does this article make you feel?