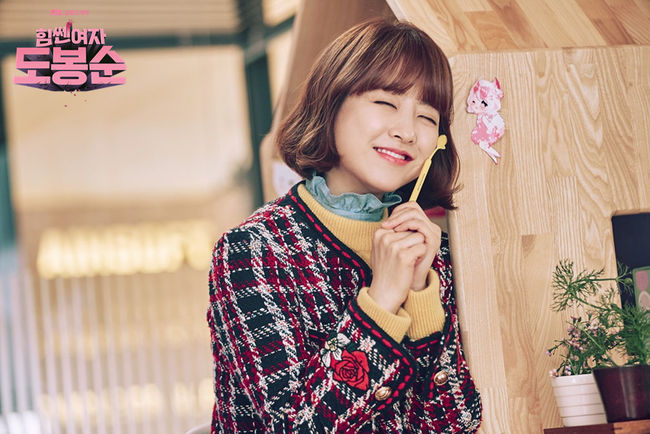 5 Reasons Why You Should Watch “Strong Woman Do Bong Soon”

First off, let’s just take a second to appreciate how Park Hyung Sik looks so lovingly at his co-star, Park Bo Young.

“Strong Woman Do Bong Soon” is the new JTBC drama that airs every Friday and Saturday. It’s a drama that perfectly ties off a work/school week, and if you’re looking for a light-hearted drama to watch, you should definitely check this one out. Keep on reading to find out why!

Park Bo Young plays Do Bong Soon, a girl who possesses the unique gift of having super strength. Although she doesn’t actively go out to fight crime or bad guys, she does do her best to stick up for those who are taken advantage of.

If you like superhero and action type genres, then this drama has pretty much got every aspect of that covered. There’s a crime to be solved, a creepy villain, and a superhero-type figure as the main character. And the fact that the superhero is played by a female is pretty badass.

Despite Bong Soon’s superhero strength, she’s a character that a lot of us can relate to. She has had a hard time trying to figure out what she wants to do with her life and it doesn’t help that she’s pretty lazy and not the most driven person in the world. She’s also got some issues with her mom constantly pressuring her and she’s really just trying to figure out her place in the world. These dilemmas are all aspects that make Bong Soon’s character real and relatable. It’s also pretty satisfying seeing her stick up for other women and herself when she’s getting picked on.

After a long or stressful week, everybody needs a little light-hearted humor. I know that when I turn on this drama, I don’t have to be worried about having to use my brain or focus too much on it. I found myself chuckling many times throughout the series so far, especially at the poor men Do Bong Soon “accidentally” hurts. There’s a fair share of slapstick humor throughout the series so far: men flying into the air, cars being flipped over, guys getting knocked unconscious from the flick of Bong Soon’s finger — it’s all really in good humor, and you’ll enjoy it. If anything, you should watch it just to see Ji Soo dress up as a woman because it’s hilarious.

Was Park Hyung Sik always this charming, because dang…

If you liked Park Hyung Sik as Yoo Chang Soo in “High Society,” then you’ll definitely love him as An Min Hyuk in this drama.

An Min Hyuk plays the CEO of a gaming company, Ainsoft. He has a hard time trusting his family and he seems very distant from them. He also seems like a rather lonely character who does not spend a lot of time with other people. Instead, he likes to hid in the confines of his home, where he has it decked out with pretty much any game you can think of; it’s basically any gamer’s haven.

I was actually really impressed with the fact that I could see this seclusion and loneliness in Park Hyung Sik’s acting. There seems to be a bit more depth to it than meets the eye. Although the character of An Min Hyuk is pretty familiar to Park Hyung Sik’s other roles, I’m still enjoying his unique and energetic charm — it’s hard to miss! Not to mention his chemistry with all his co-stars is undeniable.

I’ll try my best to put aside any biased opinions I have about this REALLY fine specimen of a man.

Ji Soo plays the tough and rugged cop, In Guk Doo. He’s Bong Soon’s childhood friend, and she also happens to be head over heels in love with him — JOIN THE CLUB.

If you’re a fan of Ji Soo’s tough and angsty roles from the past, you’ll be in for a treat in this drama because not only is he tough, but he’s got a protective aspect to his character, especially for Bong Soon, who he worries constantly about.

Once you watch them together in this drama, feel free to watch some behind-the-scenes clips and interviews of them together because they really are so adorable together. Their bromance is serious enough to even make Nam Joo Hyuk jealous!

Hey Soompiers, what do you think of “Strong Woman Do Bong Soon” so far? Let me know in the comments below!