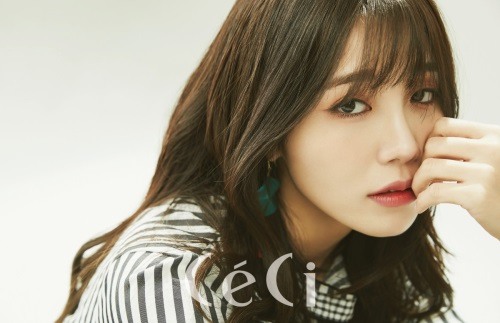 Apink’s Jung Eun Ji knows that the power of music is real!

Korean fashion magazine CéCi recently unveiled their April pictorial and interview with the singer, who is currently preparing to release her second solo album this spring.

“In the studio, I’m continuously learning how to write lyrics and create songs,” she revealed, talking about her continuous progression as an artist. “I also started practicing piano again, and it’s a lot of fun. Last year, I was feeling down and unlike my usual self, but once I got into the studio, I improved a lot since then.” 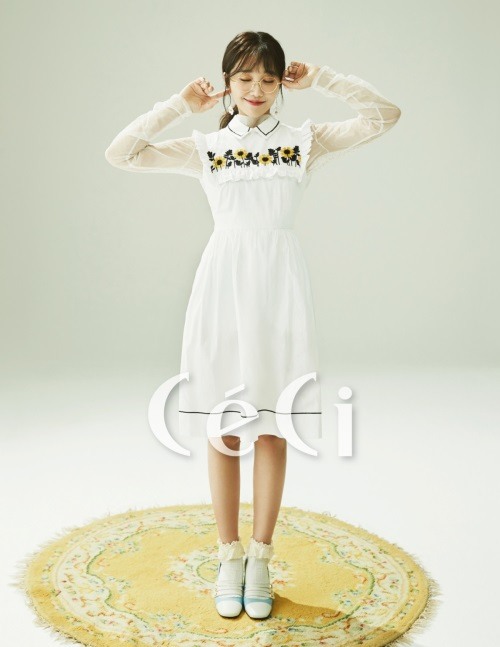 During the interview, the singer also affectionately gushed about her family.

“My younger brother and I have an eight-year age difference, but he’s so adorable and sweet,” she began. “When I was visiting our house in Busan and was staying out late with my friends, he sent me a text message that said, ‘Noona, come home soon!'”

The singer added that she grew up listening to a lot of music with her brother and found comfort through those songs. Because of this, she expressed her hope to create music that gives other people the same kind of comfort.

“There is a lot to worry about at my age,” she explained. “I am in the same age group as those who have just graduated college and are out there looking for jobs. I want to create music that they can identify with.”

Apink fans can look forward to more from Jung Eun Ji when she makes her solo comeback this April.