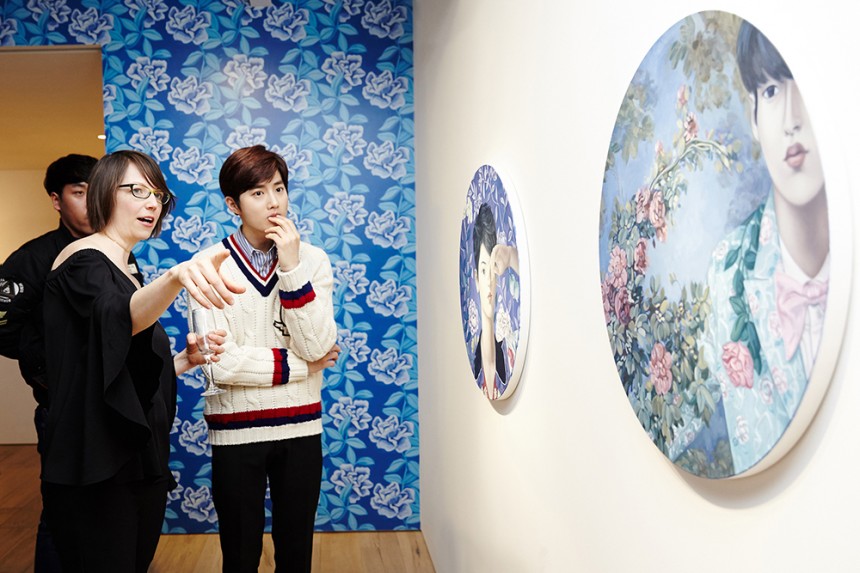 EXO has proved their superstar status once again by appearing as the main subjects of America painter Jesse Mockrin’s “XOXO” exhibit.

The exhibit, currently showing at Seoul’s Galerie Perrotin, is named after the idol group’s first album and features portraits of all nine members over jewel-colored floral and paisley backdrops, inspired by the Gucci fashion worn by the group in their April pictorial for Vogue Korea.

EXO leader Suho made a special appearance at the exhibit’s opening event on March 16. He came out to support the artist on behalf of the rest of the group and was photographed admiring the pieces and taking questions from the press in attendance.

In an image shared on the artist’s personal Instagram account following the event, he is seen posing for the cameras alongside one of the paintings.

Fans visiting Seoul can stop by Galerie Perrotin and check out Jesse Mockrin’s “XOXO” in person until the exhibit ends on April 8.

EXO
Suho
Vogue Korea
How does this article make you feel?