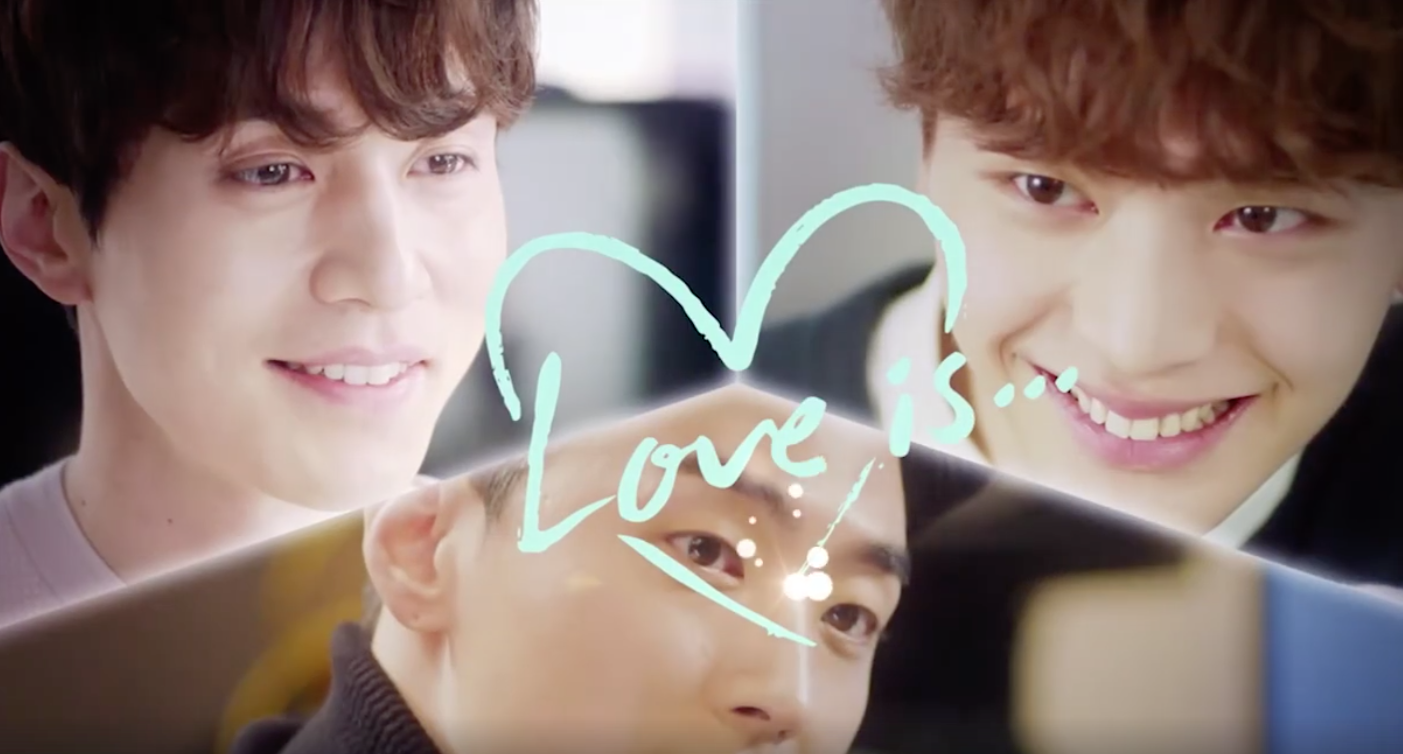 Earlier this week, OnStyle announced a web special titled “Love Is…” as part of their collaboration with Tiffany & Co. for White Day. The web special, which has three episodes, stars BTOB’s Yook Sungjae, Lee Dong Wook, and GRAY.

Yook Sungjae’s episode, titled “First Smile,” tells the story of a university student working hard at a bunch of part-time jobs and not able to give enough time to his girlfriend. With some help from his senior at Tiffany & Co., he chooses a White Day gift for the one he loves.

In GRAY’s episode, titled “My One & Only,” he plays a musician whose work keeps getting in the way of his love life, upsetting his girlfriend. Things appear to go sour when she spots him at a nightclub, but a White Day gift he pulls out at the right time turns it into a sweet moment instead.

Last but not least, Lee Dong Wook’s episode is titled “Just the Two of Us” and tells the story of a photographer who makes a long-awaited confession (accompanied by a gift from Tiffany’s, of course) to a close friend.