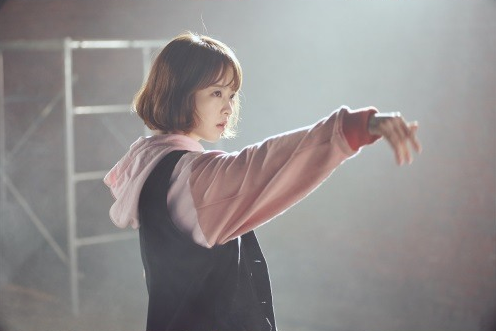 On March 18, the drama unveiled a series of images which seem to point toward an epic showdown between Park Bo Young’s character Do Bong Soon, and the gangsters led by Im Won Hee’s character Baek Tak.

Do Bong Soon shows no sign of fear as she stands firm in front of the gangsters, and the stills below show her willingness to take on a whole group of them in a warehouse.

The production team stated, “Do Bong Soon is set to encounter an unexpected twist in the events to come. Viewers can expect to see how the showdown between Do Bong Soon and Baek Tak’s gang unfolds.”