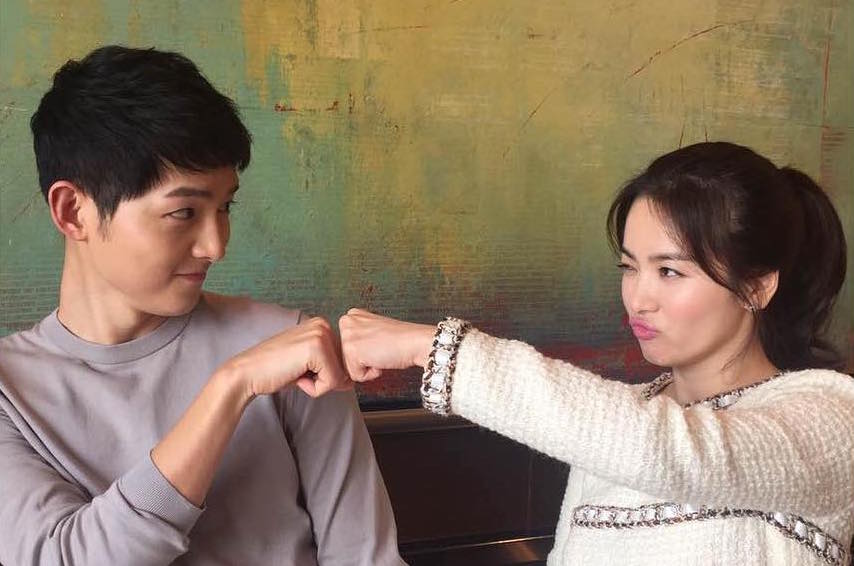 Can you believe it’s already been a year since we saw Song Joong Ki and Song Hye Kyo together in one production?

The two main actors and many others from the “Descendants of the Sun” crew recently reunited to celebrate a momentous occasion, the drama’s 1-year anniversary. Song Hye Kyo also shared a collage of photos from the get-together on March 18.

While not everyone could understandably be there, since many of the actors are filming other projects at the moment, everyone who was there looks like they had a great time.

Not only did they reportedly meet for the anniversary, but they also celebrated Song Joong Ki’s recent win at the 29th Korea Producer Awards, where he was awarded in the acting category for his role as Captain Yoo Si Jin.

“Descendants of the Sun” originally ran from February 24 to April 14, 2016, excluding the special episodes. Fans of the drama couldn’t help but reminisce once seeing the photo, commenting things like, “It’s hard to believe it’s already been a year since the drama has ended,” and “I want to see Song-Song couple reunite in another drama.”