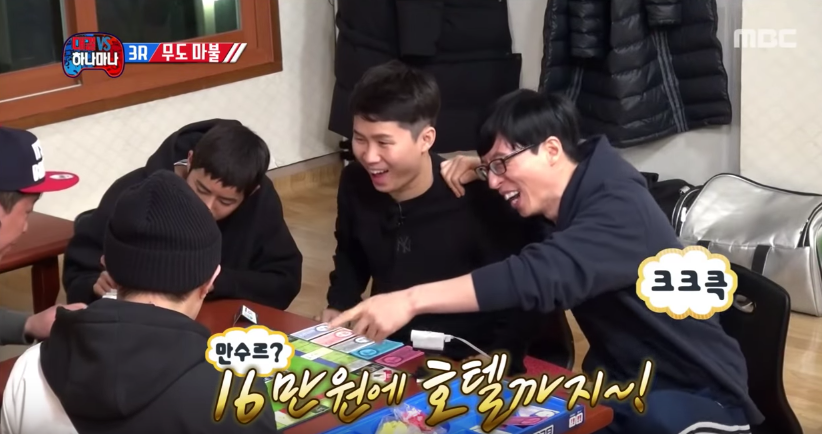 “Infinite Challenge” cast members recently revealed what they were all up to together during the program’s seven-week hiatus.

On the March 18 broadcast of the show, the members reflected on the last seven weeks while hanging out at a PC room (gaming center).

During the episode, Yoo Jae Suk commented that he felt they had “spent the hiatus meaningfully.”

“We really became much closer during the hiatus,” castmate Jung Joon Ha added in agreement. “We were busy because of work before, but now we’ve developed a really strong friendship.”

When he heard this, Yoo Jae Suk pointed out that yet again they made plans to meet at a PC room.

However, castmate Haha hilariously decided to ignore them both, simply focusing on the gaming at hand, and asked “What’s your ID?”

Watch the cast and their even-stronger friendship play out in the latest episode of “Infinite Challenge” below!