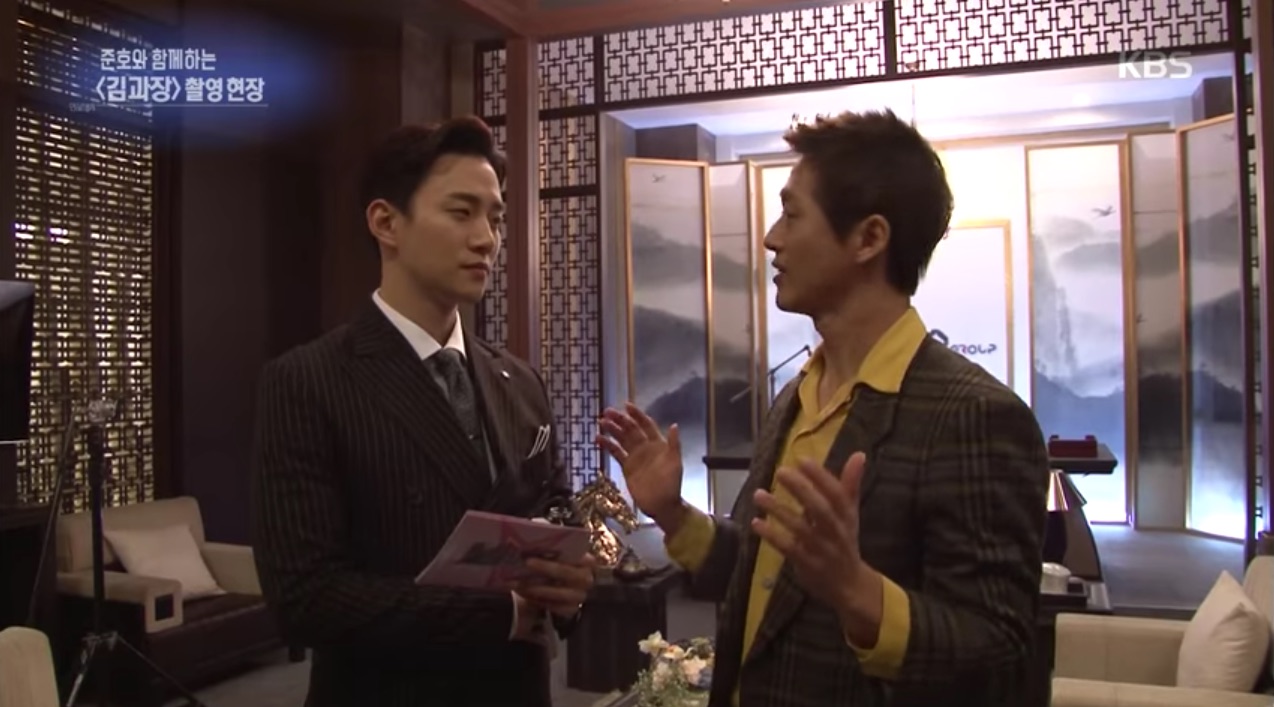 KBS’s “Entertainment Weekly” recently caught up with the cast and crew of “Chief Kim” to talk with the drama’s leading man, Namgoong Min.

The actor got to celebrate his birthday with everyone on set, with the crew preparing a surprise birthday cake for him. Before blowing out the candles, Namgoong Min stated,”My birthday wish is for everyone to be healthy and for ‘Chief Kim’ to surpass 20 percent in viewership ratings.” 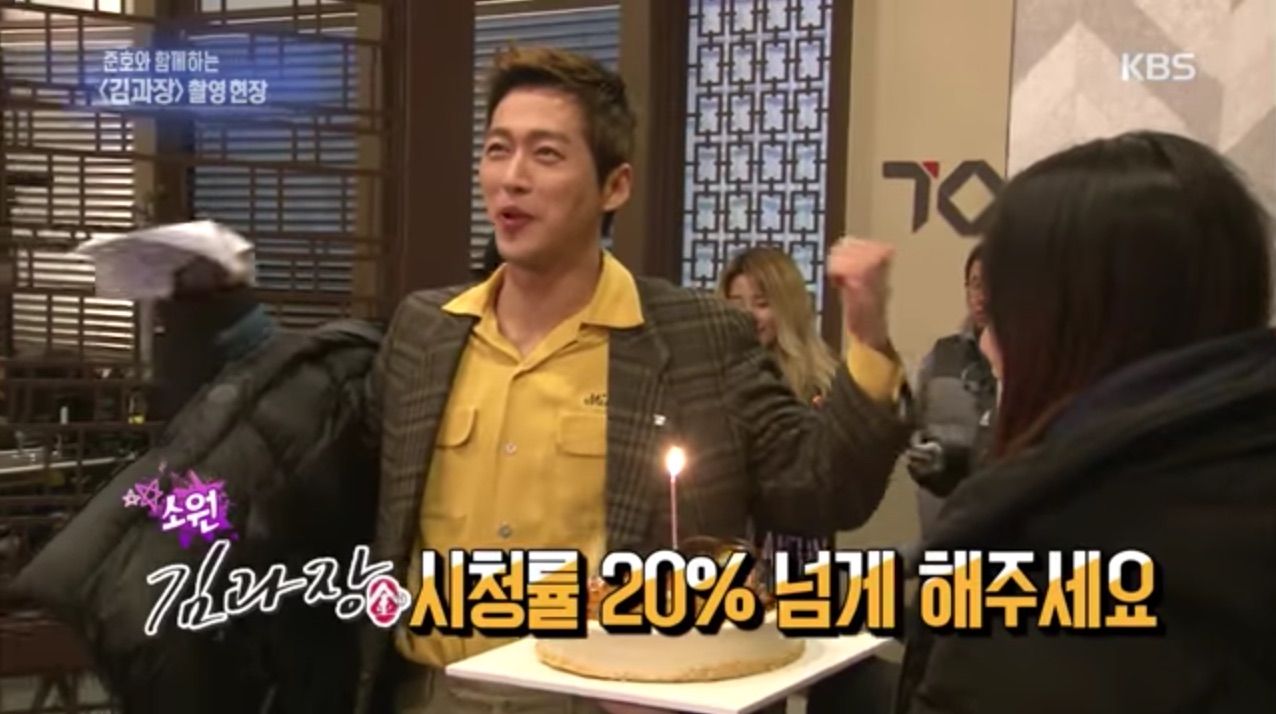 2PM’s Junho became a reporter for a day to interview Namgoong Min, who joked that though he knows Junho is a good actor, he doesn’t know if Junho is a good interviewer, so he was going to go into the interview a little wary.

When asked what he thinks is the best thing his character has done since joining TQ Group, Namgoong Min chooses the moment when he ends up slipping and accidentally becoming someone’s hero. It was a comical moment that viewers loved, and really set the tone for the drama. 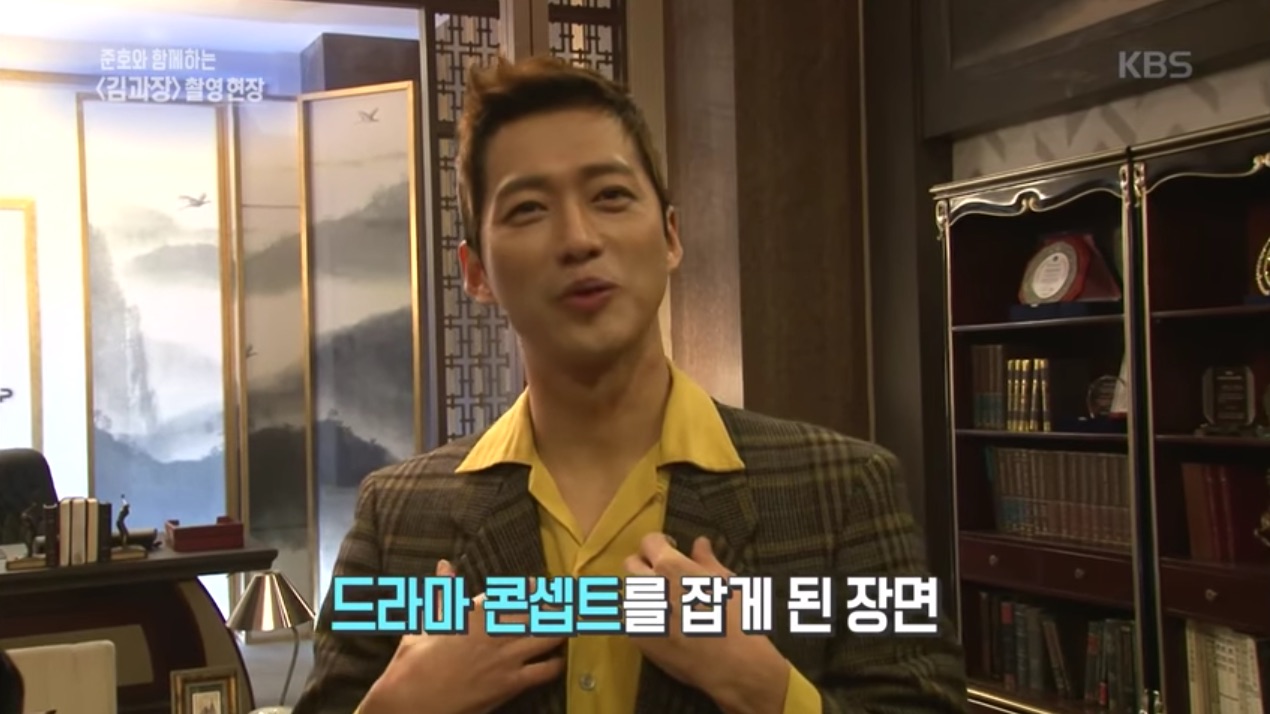 Junho then asked what his character, Seo Yool, means to Namgoong Min’s character, to which the actor replied, “He’s someone my character hates, but cares about.” Junho says that some viewers are even hoping for a love story between them, and Namgoong Min jokingly added, “Who knows, we might have a kiss scene soon.” Interestingly enough, a recent scene in the drama showed Namgoong Min giving Junho kiss on cheek, which actually got “Chief Kim” its highest real-time ratings so far. 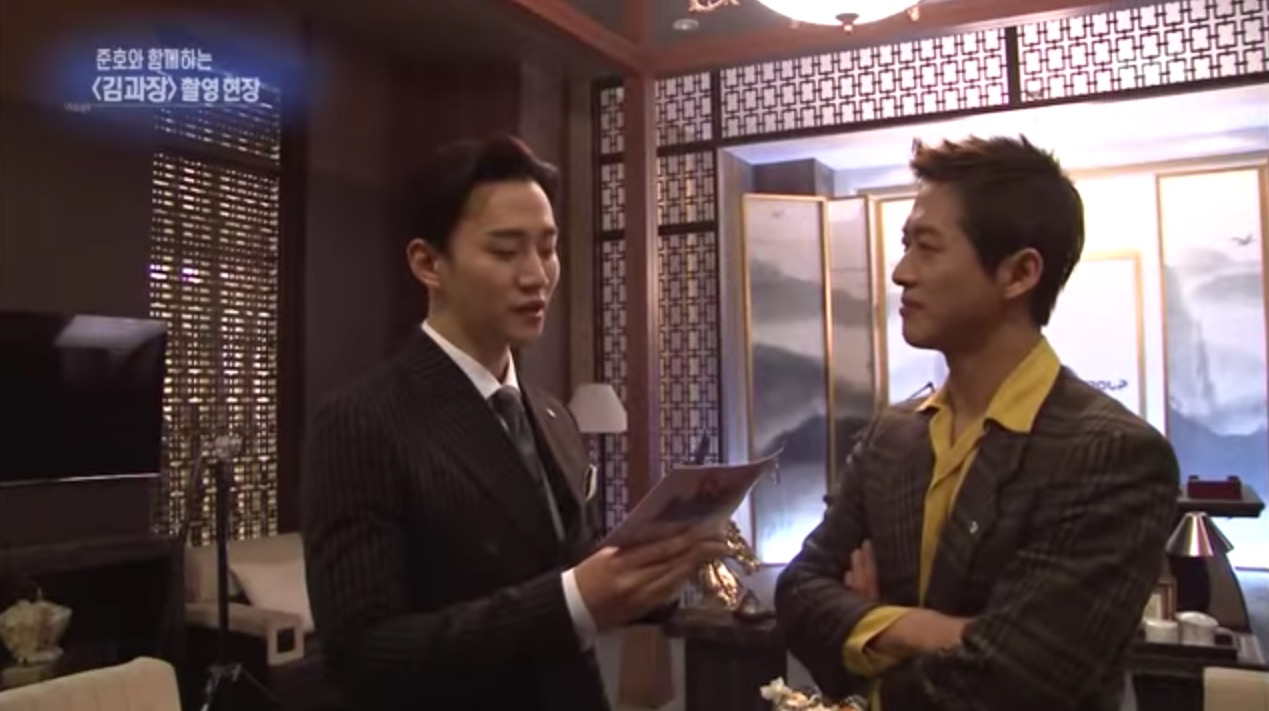 Finally, the question was asked of what 2PM’s Junho means to Namgoong Min. He replied, “I didn’t really know Junho as an actor before this drama, and working with him has taught me that Junho is not only a good actor, but someone who has the right mindset to be a good actor. This makes me believe that he has a lot of potential to grow in this line of work.”

Happy belated birthday to Namgoong Min, and it was so great to see the bromance between these two!