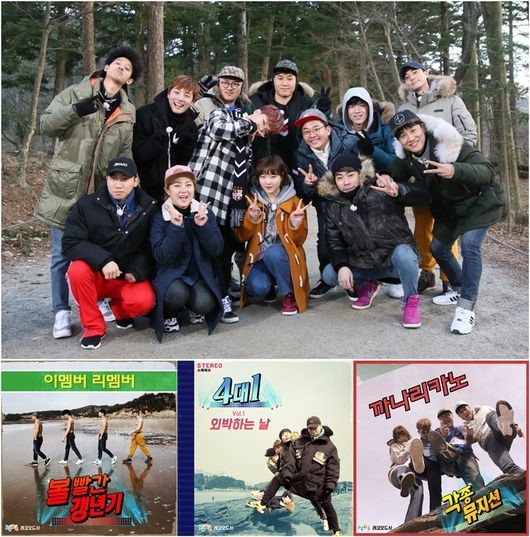 “2 Days & 1 Night” is currently in the middle of a songwriting special where the members team up with musicians to write a theme song for the now 10-year-old variety show.

On March 18, the show’s production staff revealed the official details on how the song will be released.

“At 8 p.m. KST on March 19, the new theme songs will be released for free on the official homepage and Facebook page,” they stated.

In the upcoming March 19 episode of the show, UV’s team, Roy Kim and Kwak Jin Eon’s team, and Akdong Musician’s team will wrap up the final composition of their songs after competing in a variety of games for various punishments and advantages over the past few episodes.