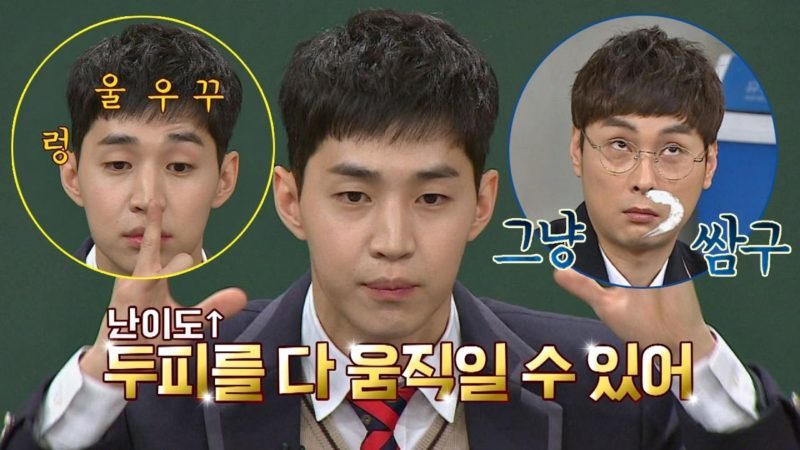 Watch: Henry Shows Off A Strange Talent On “Ask Us Anything”

Henry strikes again; this time, with a very interesting talent.

On the March 18 episode of “Ask Us Anything,” Henry filled out a profile for the rest of the show’s cast members, explaining that he didn’t want to be Seo Jang Hoon’s seatmate because he resembles an alligator and looks dangerous.

Then, in the column that asks for his strengths, Henry wrote, “Face.” Everyone assumed that he meant he was good-looking, but Henry quickly clarified that and instead, showed off a talent where he moves his face in every way you can imagine.

Henry
Ask Us Anything
How does this article make you feel?