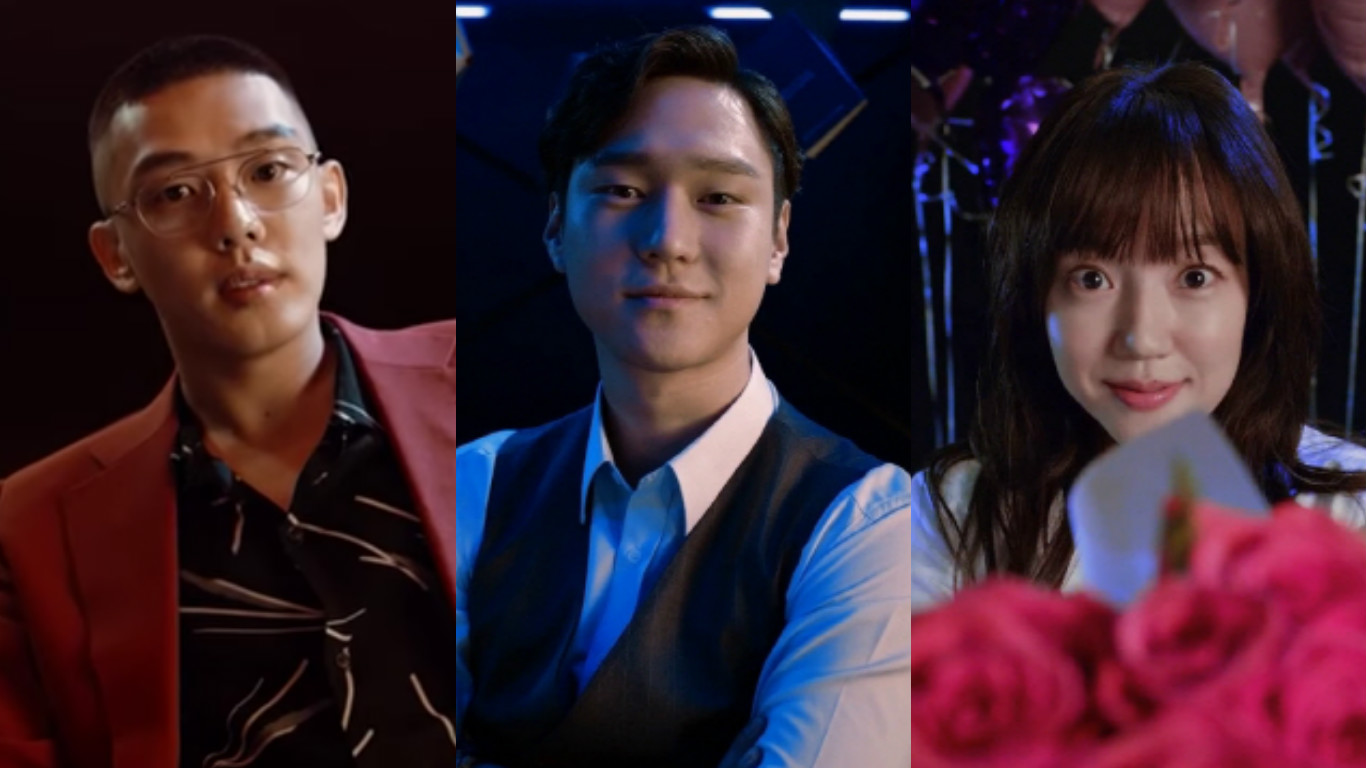 The video shows best-selling author Han Sae Joo (played by Yoo Ah In) in a slump, his ghostwriter Yoo Jin Oh (played by Go Kyung Pyo), and Jeon Seol (played by Im Soo Jung), a veterinarian who goes from being a hardcore fan of Han Sae Joo to an anti-fan.

The three leading roles are set to show a new side of themselves in this upcoming drama. Yoo Ah In’s character has a sharp and short-tempered personality, but to others, he is a sophisticated and gentle person. Though he has been enjoying huge success with each project he writes, a sudden slump leaves him unable to write a single word, causing him to fall into despair.

Im Soo Jung’s character is studying veterinary medicine and is also a lover of literature. Though she was once a hardcore fan of Han Sae Joo, she ends up turning into an anti-fan after an incident. The actress is set to play an energetic and lovely character in the upcoming drama.

Go Kyung Pyo plays the role of the ghostwriter behind Han Sae Joo who is a talented writer, but is someone who is hidden in the shadows. In the trailer, he can be seen telling Yoo Ah In’s character that he will write for him, but he has a price.

We’ll have to wait and see what exactly that price is. “Chicago Typewriter” is set to begin airing after “Tomorrow With You,” with the first episode scheduled for April 7 at 8 p.m. KST.