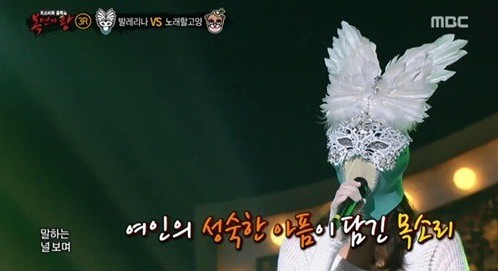 The identity of “Ballerina” was revealed on MBC’s “King of Masked Singer” on March 19 to be a former girl group member who is now a musical actress.

The third round was a match-up between “Ballerina” and “Puss in Boots Gotta Sing.” Unlike the energetic performance of “Maria” she performed in the previous round, “Ballerina” touched everyone’s hearts with her emotional performance of Park Ki Young’s “Last Love.”

Against her was “Puss in Boots,” who sang Han Dong Geun’s “Making a New Ending for This Story.” Her sweet voice pulled viewers in while the powerful climax of the song had everyone hold their breath in awe.

The results came in and “Puss in Boots” beat “Ballerina” to progress to the next round. The person behind the ballerina mask was revealed to be CSJH The Grace’s Lina. 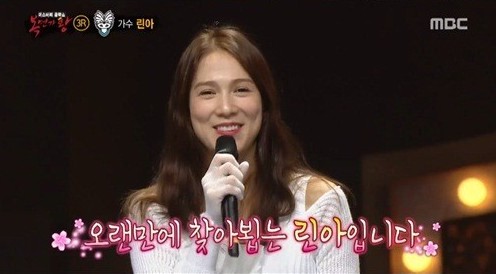 Lina greeted everyone and opened up about returning to TV for the first time in 10 years. She stated, “While I was away, I got married. I tied the knot in 2014, and I’ve moved on from the televised stage to singing and acting on the musical stage. But I wanted my voice to be heard beyond the musical stage, so I gathered up the courage and decided to come here.”

She continued to add, “I’ve never stood on stage by myself, even when I was a member of CSJH The Grace. I always thought my voice was not good enough to be heard on its own. I was always afraid and felt pressured by solo performances, and hearing such great feedback from the panel has given me a lot of confidence.” 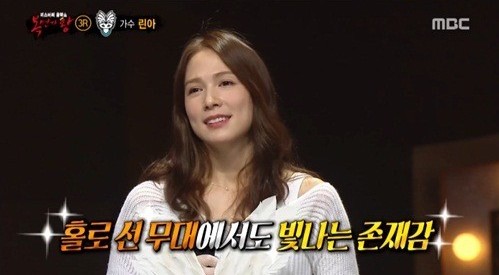 It was great to see Lina on TV again for the first time in a while!

Catch up with the latest episode of MBC’s “King of Masked Singer” below.

CSJH The Grace
Lina
The King of Mask Singer
How does this article make you feel?