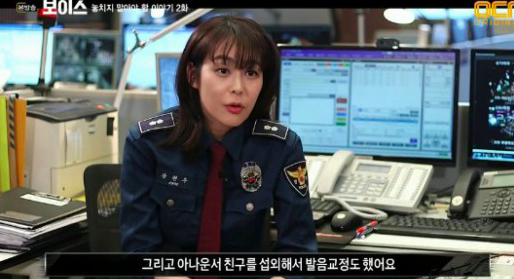 Actress Lee Ha Na confessed that she worked hard on perfecting her pronunciation for her role in OCN’s drama “Voice.”

On the March 19 broadcast of the special episode of “Voice,” Lee Ha Na revealed that she went so far as to hire a friend who is a news anchor to work on her pronunciation.

Lee Ha Na revealed that since she had so many lines, she made pronunciation mistakes even when she was looking at the script. She said, “So I practiced reading news editorials out loud from beginning to end. If I made a mistake, I went back to the beginning and practiced reading it out loud again.”

Watch the special episode of “Voice” below!

Lee Ha Na
Voice
How does this article make you feel?