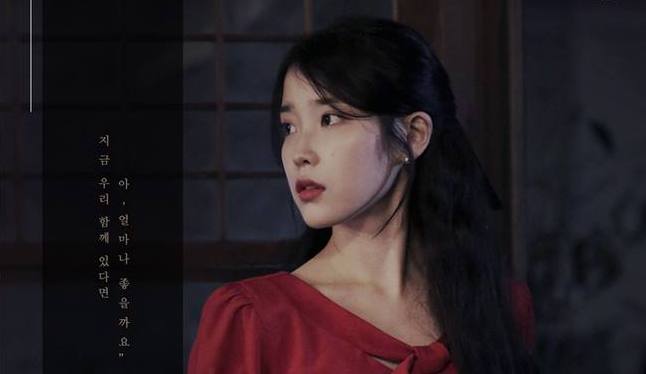 IU has released the first teaser images for her upcoming album! 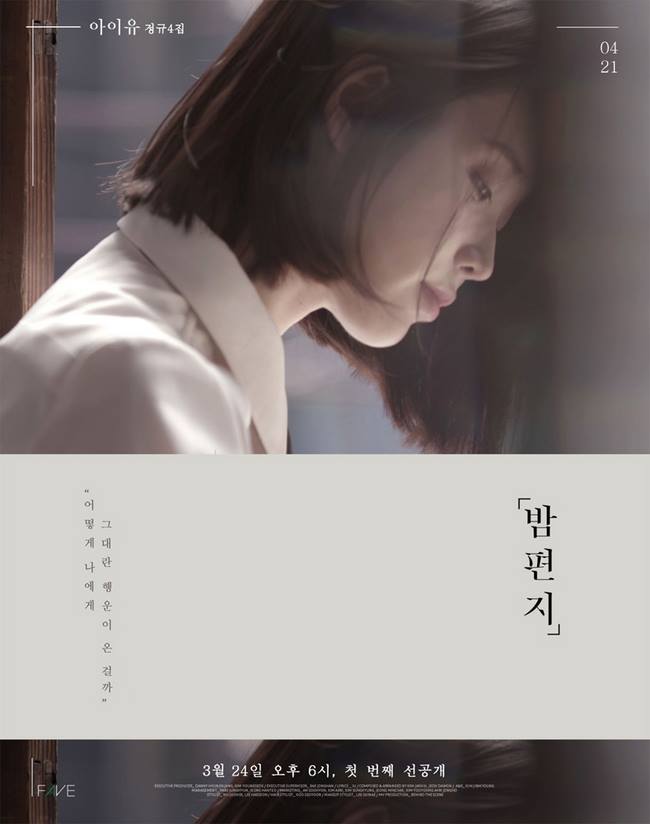 The teasers also include what seems to be a snippet of lyrics from her upcoming album, and the lines read, “How was I so lucky to have you in my life. Oh, it would be so nice… if we could be together right now.” IU is looking elegant and beautiful in the teaser posters, and her expressions perfectly reflect the forlorn reminiscing that is embodied in the lyrics. 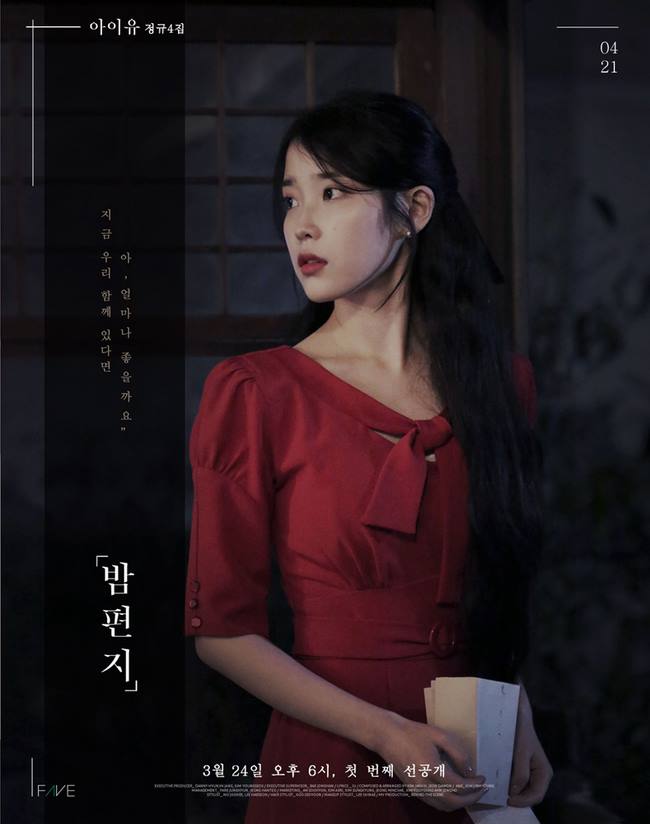 IU’s first pre-release track “Night Letter” is set to be released on March 24 at 6 p.m. KST. According to her schedule, she also plans to drop another track on April 7 before releasing the full album on April 21.

Are you excited for IU’s comeback?