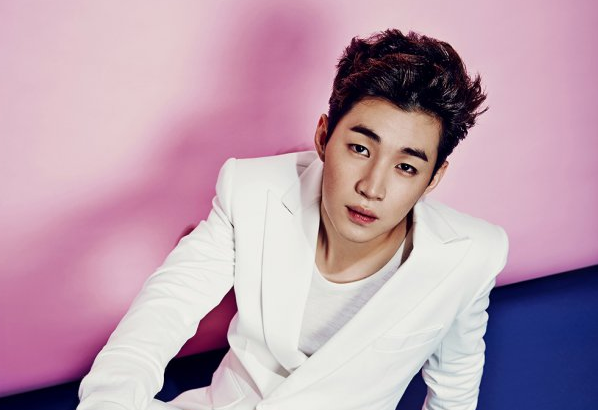 Super Junior’s Henry has thanked his fans for making his new song “Girlfriend” No. 1 on music charts.

He expressed his gratitude through sources of SM Entertainment, saying, “I didn’t know things would turn out like this. I didn’t even imagine such a thing happening. Actually, I wasn’t planning on releasing ‘Girlfriend’; it was a song that I made for fun during a filming of ‘I Live Alone.’ But after the show aired, most of the comments said, ‘I like that song.’ That’s when I started taking the song seriously.”

The artist also mentioned someone who helped him out with the song, saying, “The melody and arrangement came to me easier than I’d thought. I filmed an episode of ‘Yoo Hee Yeol’s Sketchbook’ while I was working on this song. I was still in the process of writing lyrics, and I was able to get good ideas from Yoo Hee Yeol. I think that’s how more people came to know of my song.”

Henry honestly said, “I was able to learn many things because of this song. I actually wasn’t confident about my own music. But I was able to become confident because everyone liked this song. When I went out for dinner, I even saw some people next to my table who were singing along to my song. I will create more music with this newly received confidence, so please look forward to it.”

The singer was very grateful toward his supporters, saying, “This song was not only made by myself, but with the people that love me.”

Henry also gave hints about his next single: “I was working on my next song yesterday. I hope you look forward to it. It has spring vibes so it will match well with the atmosphere these days.”

After the artist found out about his song received first place, he posted a thank-you message on his Instagram and promised to do his best.

Meanwhile, Henry’s new song “Girlfriend” has topped the music charts Genie, Soribada, Olleh Music, and Bugs. This achievement is especially impressive because Henry did not promote this song on music shows.

Henry
Super Junior
How does this article make you feel?