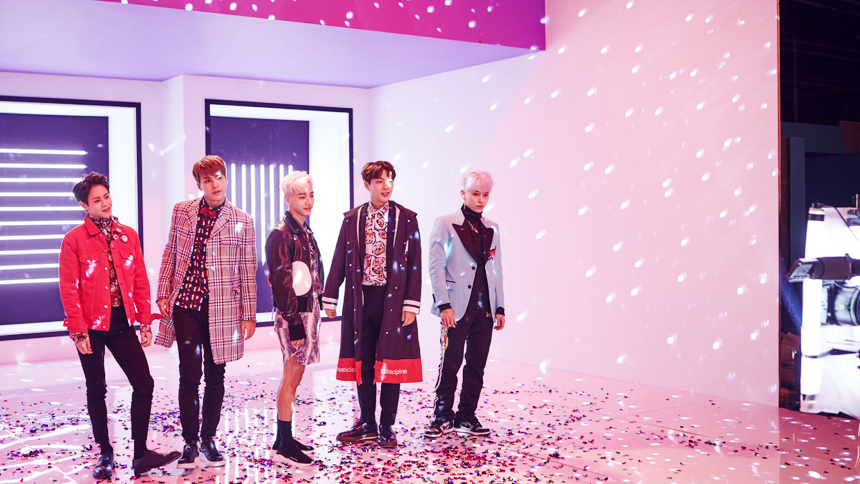 On March 20, Highlight made an appearance on SBS Radio PowerFM’s “Cultwo Show.” The group talked about their new beginning as Highlight, their MV shoot, and their close relationships.

When the group introduced themselves by saying, “Aigoo! We are Highlight,” the show’s MCs couldn’t help but ask the group why they included “Aigoo” in their introduction. Lee Gi Kwang replied, “It’s something that I decided to include because I think it’s an introduction that encapsulates our nine years of experience in the entertainment business as well as our desire to become ‘expert rookies.’”

The members talked about their MV shoot and Yong Junhyung revealed, “There was an incident on set. One of the adapters for the lights exploded so we had to postpone the shoot for a while.”

One listener said that they saw the Highlight members at the airport together last year and said it was nice because they were huddled together and all looked very close. In response, Yoon Doo Joon said, “We often get into group huddles like that.” Yong Junhyung continued, “When we go to the airport, if one member, for example, says that their pants are uncomfortable, we huddle up like that so that member can fix the problem. Isn’t that what teamwork is all about?”, which made the everyone in the studio laugh.

Furthermore, in a separate interview with another media source on the set of “Cultwo Show,” Yang Yoseob talked about how the group was able to stick together, despite the difficulties they’ve faced recently.

The singer demonstrated his affection for his fellow members and said, “The one thing that has remained constant with this group is that we respect one other. If there was something that a member wanted to try, the rest of us would all acknowledge that and support that member. Each of the members is more inclined to put the group before themselves individually, which is how we were able to stay together during trying times.”

Meanwhile, the group released their MV for their title track “Plz don’t be sad” earlier today and will be holding their “debut” showcase tonight, which will be broadcast live through Naver’s V Live at 7 p.m. KST. Plus, the group made an appearance on “My Little Television” and talked about how Highlight came to be their new group name.