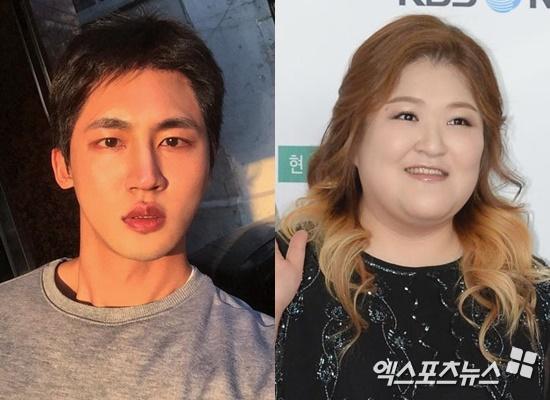 On March 21, the actor posted an apology on his Instagram, saying, “Even if I did not anticipate this problem, I realize that I should take responsibility for causing this big controversy. In the future, regardless of whether or not something is wrong or right, I will try to become a person who is cautious with my words. I want to deeply apologize to Lee Guk Joo and to all those who have been hurt by what I said.”

Meanwhile, On Si Woo previously posted a comment on a media site’s Facebook link, saying, “Even if you pay her 10 billion won (approximately $9 million), Lee Guk Joo will not [work] with you.” Then on an article regarding Lee Guk Joo’s plan to take action against malicious commenters, he criticized her by saying that she “should’ve been sued ten times over already” for her behavior towards male celebrities.

In regards to this, On Si Woo stated, “It is completely illogical for people to say that I am doing this in order to get my name known. It just so happened that there was a response from netizens and thus became an issue. I just wrote a comment based on what I read and what I felt as a ‘netizen’ and a viewer. Since I’m not famous, I never imagined that this would become an issue.”

Lee Guk Joo
XPN
On Si Woo
How does this article make you feel?