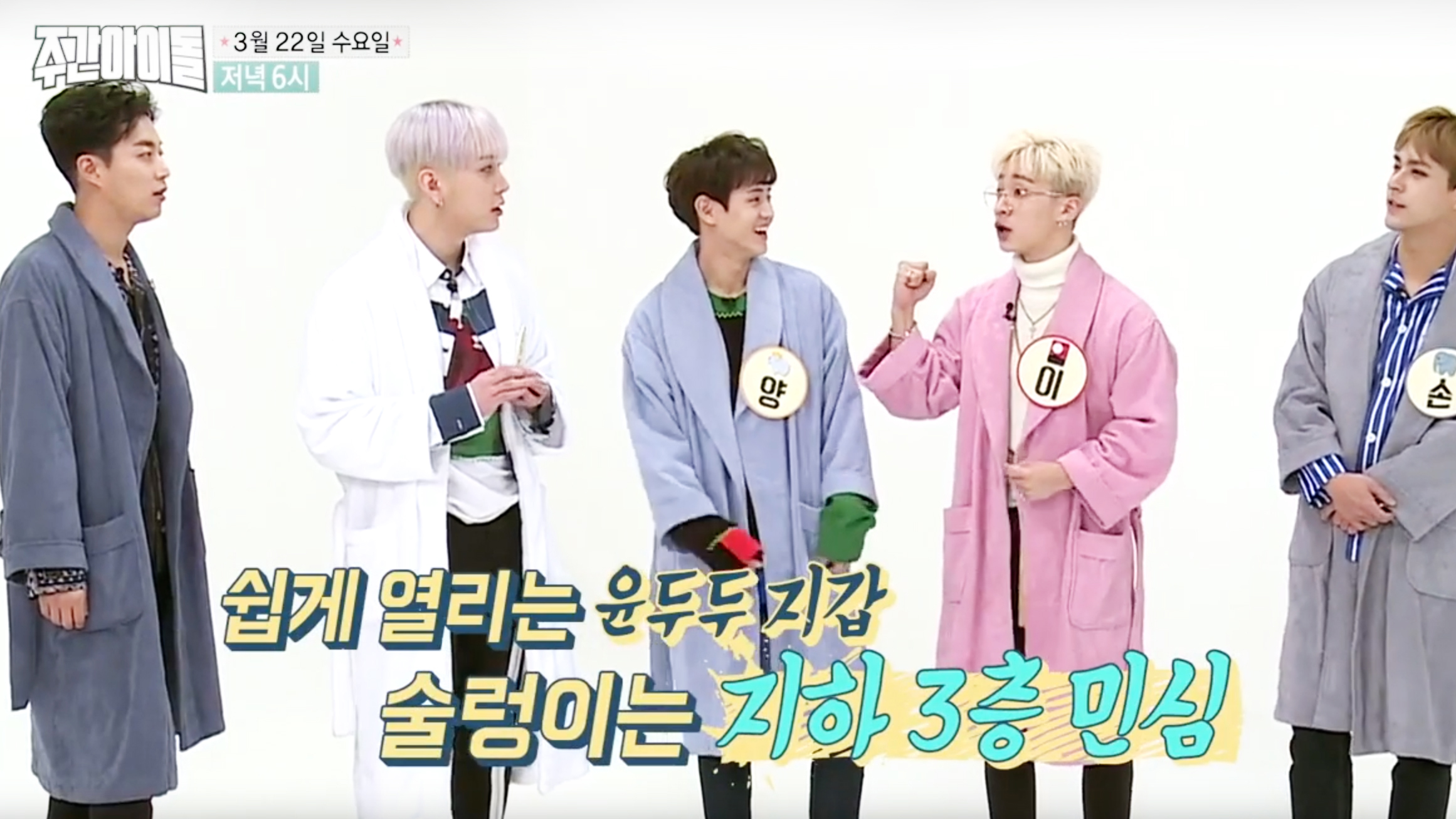 Watch: Highlight Members Team Up Against One Member Who Owes Each Of Them Something

In a new preview for Highlight’s appearance on MBC every1’s “Weekly Idol,” the group singles out their leader Yoon Doo Joon.

Initially, Dongwoon complained that Doo Joon borrowed 10,000 won (approximately $8.90) two months ago to play the claw machine game while they were at their album jacket shoot but never paid him back.

So, Doo Joon ended up paying the 10,000 won back plus interest. Then, the other members started piping up one by one with other things he owed them, which shocks Doo Joon and makes everyone in the studio laugh.

Meanwhile, Highlight made their comeback with their title track “Plz don’t be sad” and successfully topped five major music charts in Korea. The group also talked about wanting BEAST to remain a beautiful memory for them at a press conference before their “debut” showcase on March 20.

The “Weekly Idol” episode with Highlight will air on MBC every1 on Wednesday, March 22 at 6 p.m. KST.