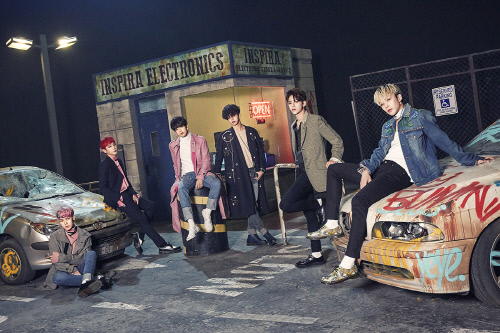 B.A.P recently released their 6th single album “Rose,” and fans went crazy for it! B.A.P debuted way back in 2012, so for all the new fans here are eight reasons to love B.A.P even more! 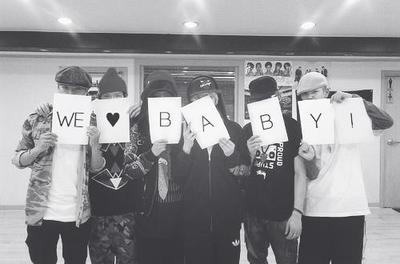 First things first, the official fandom name for B.A.P fans is BABY. As if that wasn’t cute enough, the sweet name is an acronym for Baby Always Behind You. BABYZ will always be there to support B.A.P through their hard times! This leads on nicely to number two…

“B.A.B.Y” is a touching song dedicated to BABYZ. B.A.P made a perfect MV featuring them giving roses to delighted fans. Their fan interaction is no joke and the lyrics are simply lovely!

“With You” is also a song for BABYZ. This heartfelt fancam of Daehyun singing it with fans in London is wonderfully pure, and it’s impossible not to feel all warm and fuzzy when watching this!

B.A.P have faced many issues with their health and company alike. Regardless, they always manage to overcome their obstacles to be there for their fans! Yong Guk had to sit out their last comeback due to health issues, but B.A.P all worked extra hard to ensure fans weren’t disappointed as they promoted as five. Thankfully, the group leader has returned!

Recently, Himchan suffered an injury to his ribs. Despite not being able to dance, he insisted on performing vocally. It got to the point where he couldn’t continue to perform, but his determination is admirable. B.A.P have had many setbacks throughout their career, but they always get through them and shine brightly on the other side!

We’re used to seeing fans’ reactions to K-pop, but B.A.P went a step further and reacted to fans reacting to them! There are videos from all around the globe, proving their popularity. B.A.P get to see exactly what BABYZ think of their hard work, and it gives them the ability to create bonds with international fans.

B.A.P have toured the world countless times now, racking up 30,000 miles in 2014. Considering they have continued touring, the number must be ridiculously high! Each time, they created an adorable greeting for their fans, full of cuteness and excitement!

When K-pop groups go on tour, sometime their vlog-style videos take a back seat, as obviously they are very busy! But B.A.P created B.A.P Attack to show fans what they get up to after their exhilarating shows! They added one for each stop of their world tour, which let international BABYZ see them embracing their countries.

When B.A.P first debuted, they had a strong, powerful image. Their debut song “Warrior” showed a charismatic, bad-boy style.

But, fast forward a few months, and B.A.P shook it up with the adorable “Stop It.”

Since then, they have continuously changed it up! B.A.P can be charming and sexy, or dorky and lovable, all while maintaining their own unique sound!

B.A.P don’t just release MVs. They release intense, blockbuster MVs! The first glimpse BABYZ got of their insane acting was with the release of the heart-wrenching “One Shot.”

This iconic MV was just the beginning for this style for them. “1004” and “Skydive” are also beautifully shot masterpieces; be prepared for all your emotions to bubble up to the surface! The amount of time and effort that goes into one of these mini-movies is highly commendable.

There are probably over one hundred reasons the members of B.A.P are angels! Hopefully these few will either turn you into a complete BABY, or cement your love for them even more.

Who is your B.A.P bias? Let us know in the comments!