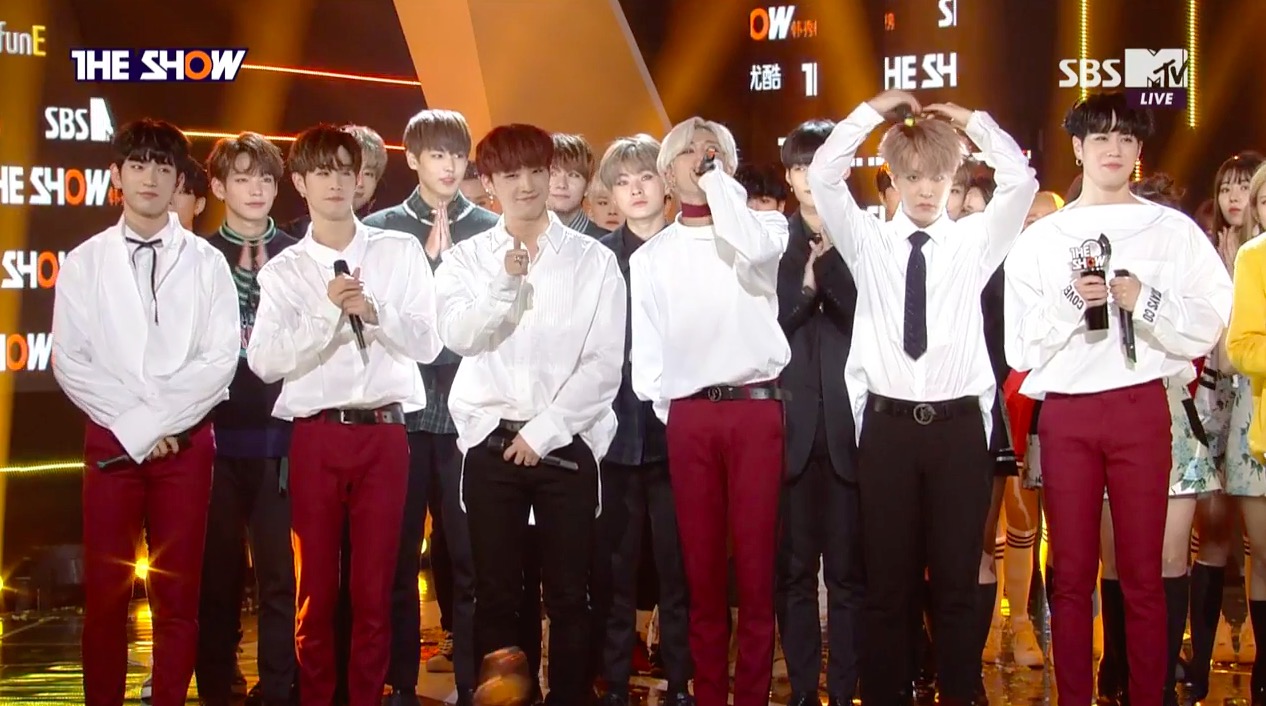 Watch: GOT7 Grabs 1st Win For “Never Ever” On “The Show,” Performances By GFRIEND, B.A.P, VICTON, And More

GOT7 has taken home their first trophy for their new track “Never Ever”!

Yugyeom was sure to thank their fans, and said he believed he wouldn’t be able to truly express how grateful he was no matter what he said. JB thanked the staff at JYP and their fans, and Jinyoung mentioned that they hope that Jackson (who is currently taking a break due to health issues) will recover soon.

The guys then made Yugyeom sing their track in the encore, while Jinyoung performed the dance solo!

Watch their performances, win, and encore below!