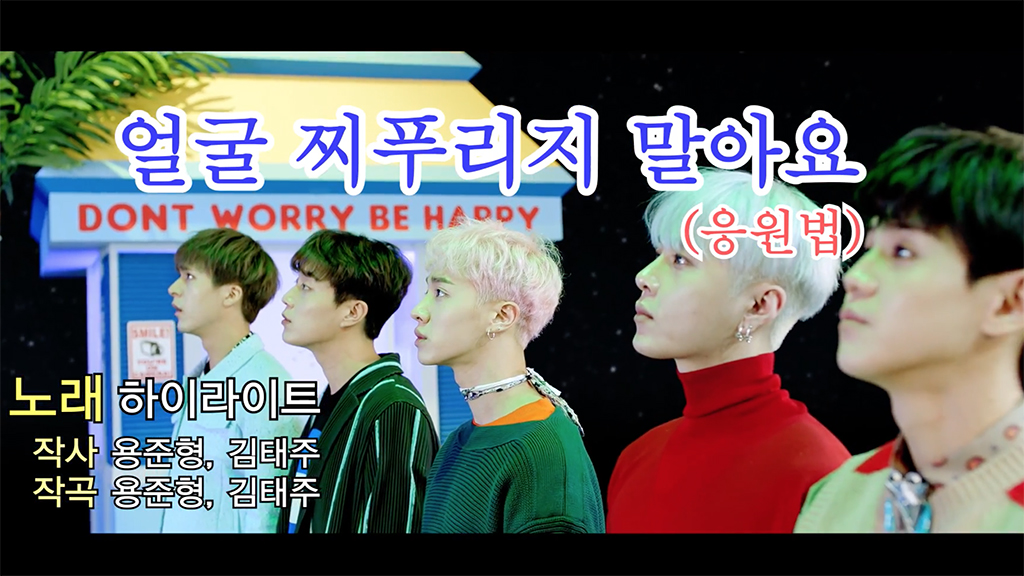 Highlight has released a new video that teaches their fans how to cheer on the group during performances of their title track “Plz don’t be sad.”

The video was made to look like a Korean karaoke video in which the lyrics appear on screen to make it easier to sing along to. The flat tone of the computer generated voice adds a humorous touch to the unique video.

Meanwhile, Highlight has been dominating on music charts with their title track and will be making their official broadcast comeback on this week’s “M!Countdown.”

Check out the fan chant video below!