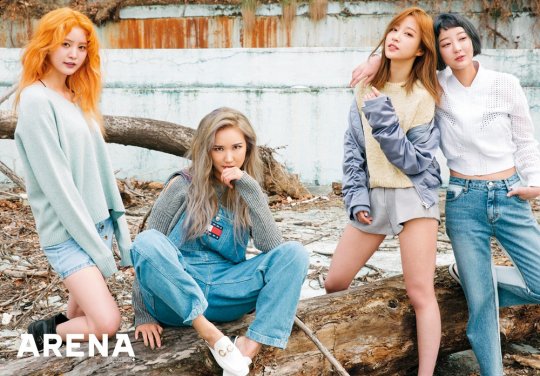 Girl group EXID has revealed some more details about their comeback!

On March 22, a representative of EXID revealed, “The title song was produced by LE in collaboration with Shinsadong Tiger.”

LE has worked with Shinsadong Tiger before on several of the group’s tracks, including “Up & Down,” “L.I.E,” and many more.

EXID will be coming back on April 10 with four members (LE, Junghwa, Hani, and Hyerin). Solji, the fifth member of the group, will unfortunately sit out this comeback due to health issues. EXID has promised that they will be returning with a concept this time that will change their image!

EXID
LE
How does this article make you feel?