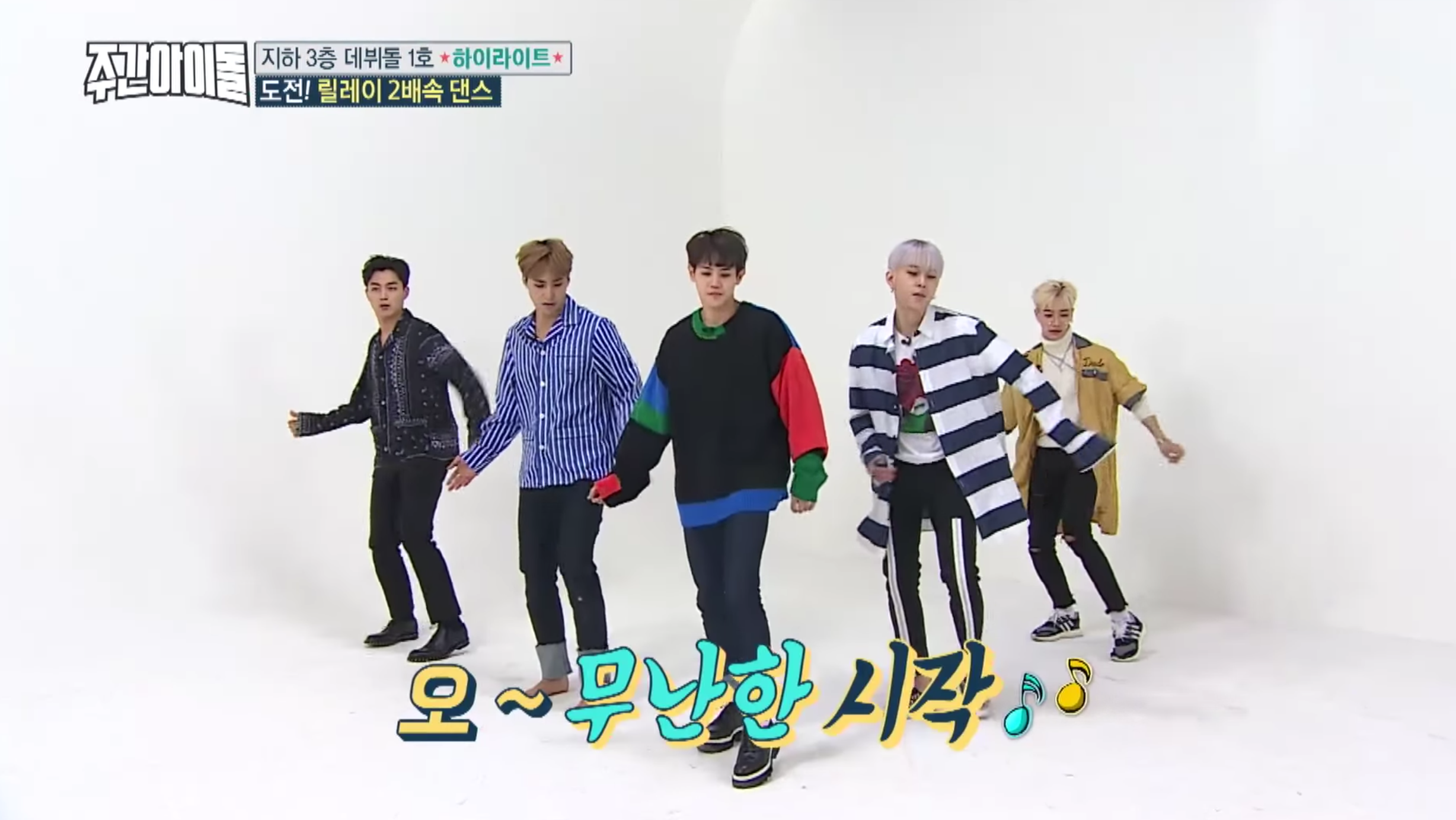 Watch: Highlight Quickly Runs Out Of Patience (And Stamina) In The “2x Fast Dance Relay”

On the March 22 episode of MBC Every1’s “Weekly Idol,” Highlight (formerly known as BEAST) made their variety show “debut.”

First the group was asked to dance to a 2x fast version of their new song, “Plz don’t be sad,” a rite of passage for all idol groups on the show. Although they got off to a rocky start when Son Dongwoon slipped and fell because of his fur-lined shoes, they managed to keep it together until the end. However, the MCs teased them by reminding them to smile and not look sad, as per the lyrics of the song, whenever they started looking tired or out of breath.

When Highlight was asked to dance to a 2x fast relay of their BEAST songs, however, the boys quickly ran out of patience (and energy). After making multiple mistakes in “Shock,” they tried “12:30,” which they quickly gave up when it came to the chorus due to the difficulty of keeping up with the rhythm. Their final attempt was with the song “Ribbon,” but ended up throwing in the towel almost instantly.