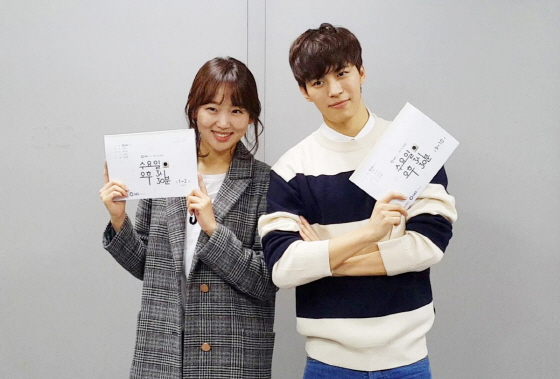 VIXX’s Hongbin will be appearing in his first romantic comedy!

On March 23, SBS Plus explained that Hongbin will be the lead actor for SBS Plus’s upcoming mini drama “Wednesday 3:30 p.m.” (literal translation), which is set to air on April 5. He will be joined by co-star Jin Ki Joo, a model-turned-actress who appeared in SBS’s “Scarlet Heart: Goryeo.”

This will be Hongbin’s second time in a drama since “Moorim School” in 2016.

“Wednesday 3:30 p.m.” tells the story of a woman (Jin Ki Joo) who was dumped by her boyfriend and tries win to win back his heart by making him jealous. With her close male friend (Hongbin), she manipulates her social media to create a fake “lovestagram” (love + Instagram). The two characters are childhood friends, and a sweet romance will unfold as they begin to live together.

What do you think about the drama?

VIXX
Hongbin
Wednesday 3:30 PM
How does this article make you feel?