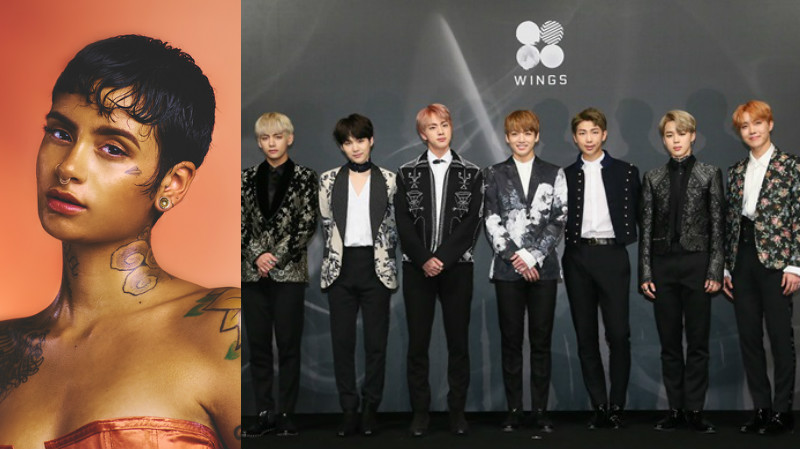 Kehlani has responded to BTS!

During a live show with Billboard on March 22 PST, BTS’s Rap Monster named Kehlani as a female artist that influenced him musically, and V agreed with him.

When a fan posted about this situation on Twitter, Kehlani retweeted it as follows.

aye y'all tell BTS to holla at me! https://t.co/oAKp4Yn5Gz

Many fans are feeling hopeful about a collaboration between the two artists, as they are following each other on Twitter now.

How exciting would that be?

BTS
XPN
Kehlani
How does this article make you feel?