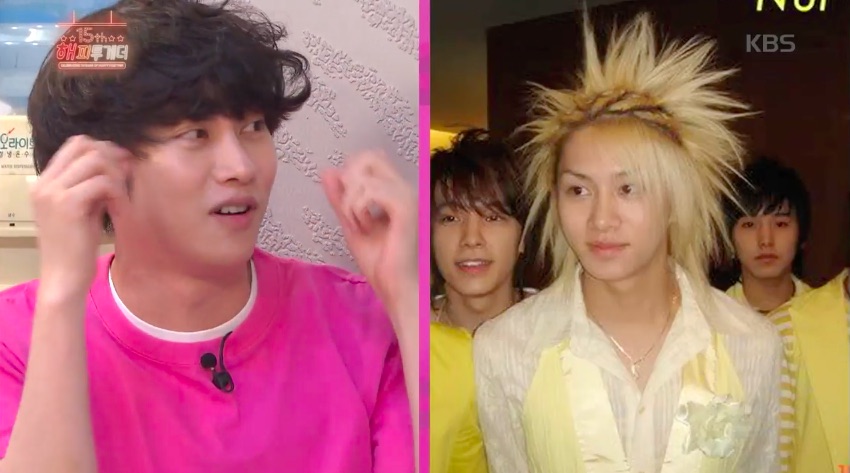 Heechul Recalls His Rebellious Days As An SM Trainee

Super Junior’s Heechul talked about his rebellious days as a trainee under SM Entertainment.

On the March 23 episode of KBS 2TV’s “Happy Together,” Heechul appeared as a guest on the show. While confessing that he was quite the rebel in the past, he said, “When I was 20 years old, I came to Seoul from Gangwon Province. I listened to music every day. I was listening to Kiss’s music, when the teacher said, ‘I told you not to listen to that. I told you to study up while listening to Linkin Park.’ I said, ‘Listen. Rock can’t be learned by studying.'”

He revealed that this got him into trouble, and the teacher had said, “Don’t talk back to me. Write me a letter of apology.” Heechul recalled that he wrote a letter that said, “I’m not sorry about anything but I’m writing this because you told me to.”

He also said, “I got suspended from practice a lot. They’d say, ‘Don’t come for a while,’ and I’d say, ‘Fine!’ I used to live with Donghae and Yunho at the time, and they would ask, ‘Is it okay that you’re not going to practice?’ I replied, ‘They’ll find me when they need me.'” He added while blushing, “I’m so embarrassed now thinking about it.”

He then said that he was eventually sent down to his hometown because he caused too much trouble. He said that he had initially been worried that the company wouldn’t have him back. However, he revealed, “Lee Soo Man came around himself and asked where I was. They told him I was in my hometown, and he said, ‘Why don’t we have him try acting then?’ and that was how I made my debut. I’m very thankful to him.”

Super Junior
Happy Together
Kim Heechul
How does this article make you feel?