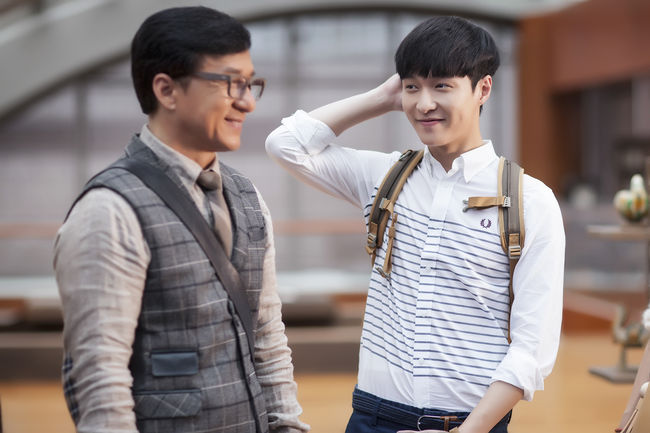 EXO’s Lay recently talked about his experience of working with Jackie Chan in the Chinese film “Kung Fu Yoga.”

The artist relayed his thoughts through the production company of the film, saying, “I couldn’t even dream of making a mistake when I was filming with Jackie Chan.”

Having completed some stunt work himself, Lay added, “There were always some small injuries while filming.” Although filming was difficult at times and there were many bloopers, Jackie Chan kindly helped out fellow actors on certain action skills and warmed up the filming atmosphere even more.

According to the report, while Jackie Chan may have been strict and serious at times, he showed his human side when he made mistakes, bringing a smile to the staff’s faces.

Jackie Chan and Lay’s much anticipated film “Kung Fu Yoga” will premiere in Korea on March 29.

EXO
Jackie Chan
Lay
How does this article make you feel?