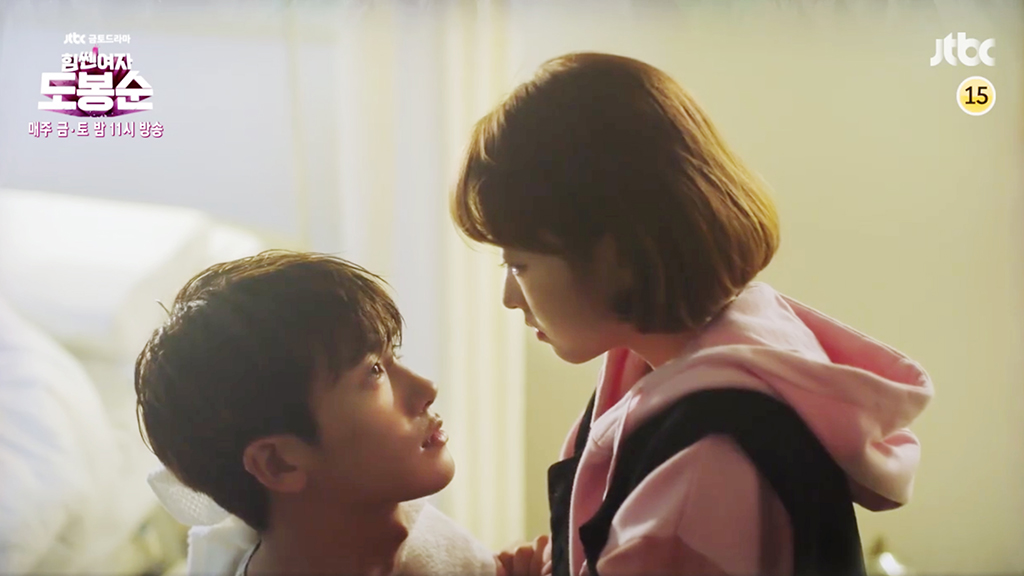 JTBC has released a preview ahead of today’s episode of “Strong Woman Do Bong Soon,” which foreshadows the budding romance between Park Hyung Sik and Park Bo Young’s characters.

The preview starts off with Do Bong Soon fighting off the gangsters who led her into a trap at the end of the previous episode. Ahn Min Hyuk and In Guk Doo (Ji Soo) both run in, which is when In Guk Doo realizes the extent of Do Bong Soon’s abilities.

Meanwhile, the JTBC drama continues to gain recognition and Park Hyung Sik admits that he can’t dance in a new behind-the-scenes video.

Watch the preview for the ninth episode of “Strong Woman Do Bong Soon” below!