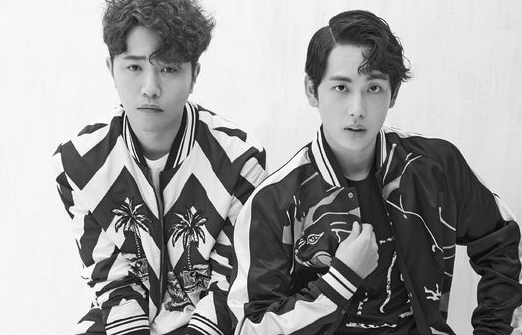 On March 24, Im Siwan sat down for an interview to discuss the details of his new movie “One-Line.”

“One-Line” is about an ordinary college student named Lee Min Jae (played by Im Siwan) who discovers his talent in conning people out of money.

When asked if he was ever conned out of money, Im Siwan said, “I haven’t been conned, but I think I’ve been betrayed before.”

The actor went on to mention a funny thing that happened between him and co-star Jin Goo regarding diet food. He said, “When I was eating chicken breasts to get in shape for the film, Jin Goo saw me and said, ‘Why do you eat those things? Let’s have fun while filming and have a drink.’ He actually bought me a drink and said, ‘I’ll buy you a drink anytime. Let’s enjoy filming.'”

Im Siwan further explained, “However, I noticed that the drama ‘Descendants of the Sun‘ became hugely popular as we were filming ‘One-Line.’ Then Jin Goo started getting a lot of offers for advertisements, so he stopped drinking alcohol and started eating chicken breasts himself. I felt a little betrayed back then,” and laughed.

Later in the interview, the star also praised his co-star, saying, “Jin Goo has much more experience than me but he didn’t set any boundaries between me and himself. He made me feel very comfortable. If it weren’t for him, I don’t think I would’ve been able to let go of myself as much as I did in the film.”

One Line
Im Siwan
Jin Goo
How does this article make you feel?