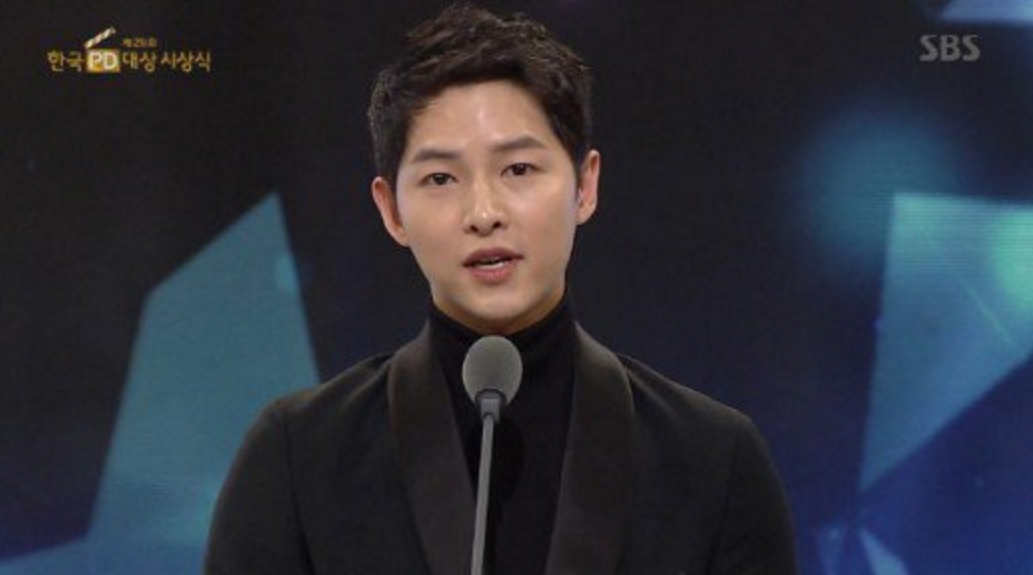 On March 24, SBS broadcast the 29th Korea Producer Awards, which took place at the SBS Open Hall earlier this month.

During the show, the camera focused several times on Song Joong Ki, who took home the award in the acting category for his role in “Descendants of the Sun.” Despite the pressure from the camera, he made sure to nod along and smile during every winner’s speech.

When writer Kim Moon Sook, who works on a CBS radio show, won the writer’s award that night, she teared up and said in her speech, “Every day I write scripts that go nowhere.”

Some time afterwards, Song Joong Ki took to the stage to accept his own award and gave a shoutout to the same writer. “I was watching this ceremony with my drama team and thought about many things,” he said. “I learned a lot from hearing the words of many veterans in their fields. I think it was a good thing to come tonight. Kim Moon Sook said that she writes scripts that go nowhere. I will become an actor who can work to bring those precious scripts to life.”

At that, Kim Moon Sook could be seen tearing up again. Writer Kim Eun Sook loudly applauded the speech as well, commending Song Joong Ki’s thoughtfulness towards a writer with whom he’s never even worked before.