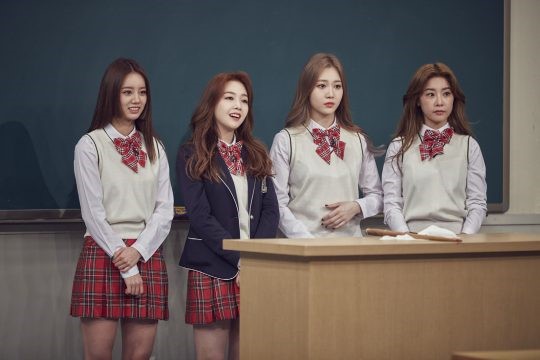 Girl’s Day will be guesting on an upcoming episode of “Ask Us Anything.”

The girl group is set to appear on the March 25 episode of the popular JTBC variety show. As Girl’s Day is making a comeback for the first time in a year and nine months, many are excited to see them on the show.

During the episode, Hyeri observes an autograph from Ji Sung hanging on the bulletin board, saying, “I was always curious as to why Ji Sung’s signature is placed on the board. When I told him that I was appearing on ‘Ask Us Anything,’ he told me that he enjoys watching it every week.”

In response, the cast members can’t hide their excitement as they start to think about Ji Sung potentially appearing on the show. Kang Ho Dong then says, “Did we invite Hyeri to guest on the show in order for us to lobby for Ji Sung’s appearance?”

Meanwhile, Girl’s Day’s guest appearance on the show will be broadcast on March 25 at 8:50 p.m. KST.