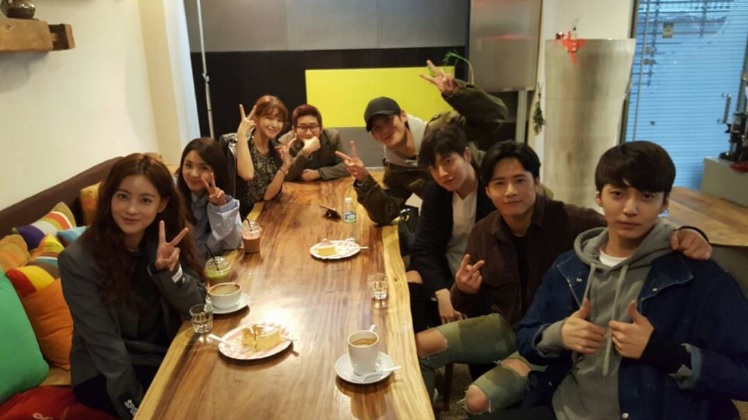 The cast of the much-anticipated “Cheese in the Trap” film adaptation have finally gotten together!

On March 25, Park Hae Jin’s official Instagram (managed by his agency Mountain Movement) shared photos from the get-together on Instagram, with the caption, “Our team that got close at our first meeting. Looking forward to the set.” Many of the other actors have also shared one of the same photos to their own Instagrams.

The images showed the actors looking friendly and ready to play their well-loved roles, with Park Hae Jin as Yoo Jung, Oh Yeon Seo as Hong Seol, Park Ki Woong as Baek In Ho, Yoo In Young as Baek In Ha, as well as the recently confirmed Kim Hyun Jin as Kwon Eun Taek and Sandara Park as Jang Bo Ra, among others.

Based on writer Soon Ki’s webtoon of the same name, “Cheese in the Trap” is a story that primarily revolves around the school lives of various characters, including the seemingly perfect Yoo Jung, the thoughtful Hong Seol, and the charming Baek In Ho.

It will be directed by Kim Je Young, who was behind the screenplay and direction of projects such as “Wonderful Radio,” “Wonderful Nightmare,” “Insane,” and “Queen of the Night.”

The movie will kick off filming in April.