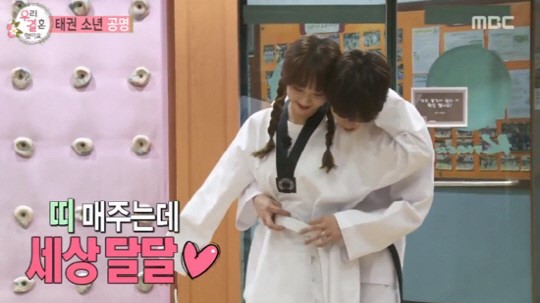 Who knew Taekwondo could be so sweet? 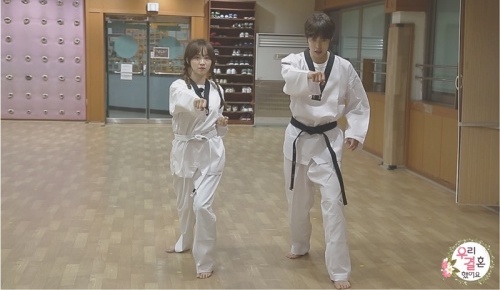 During the episode of MBC’s “We Got Married” that aired on March 25, Gong Myung and Jung Hye Sung went to a Taekwondo studio to work out together.

They visited a studio that Gong Myung used to go to when he was younger, and he even gifted Jung Hye Sung with a Taekwondo uniform with her name on it to wear for their class. The actress seemed to struggle with putting her belt on, and Gong Myung offered to help. 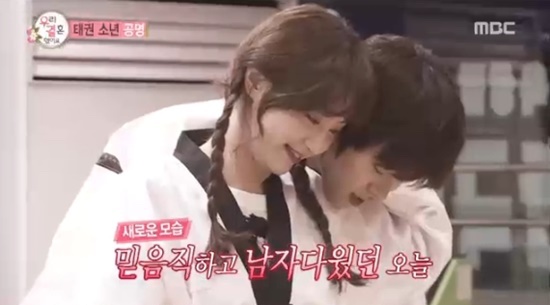 He naturally used this as an opportunity to give Jung Hye Sung a hug from behind as he helped her out. However, everyone burst into laughter when a moment later, he looked up and asked the Taekwondo instructor for help.

Once the class started, the couple looked like they were enjoying the class. As time progressed though, Jung Hye Sung became tired and had to sit out because she was feeling dizzy. When she sat down to take a break, Gong Myung came over to help her feel better. 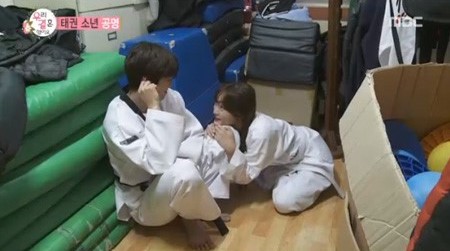 Jung Hye Sung apologized and said, “I wanted to do well and it was fun, but I’m feeling dizzy. This is so embarrassing, I feel ashamed to show my face.” To this, Gong Myung said, “That’s okay, it happens to everyone.” He even gave her one-on-one instructions at a level that was okay for her.

Check out their heart-filled Taekwondo class below!