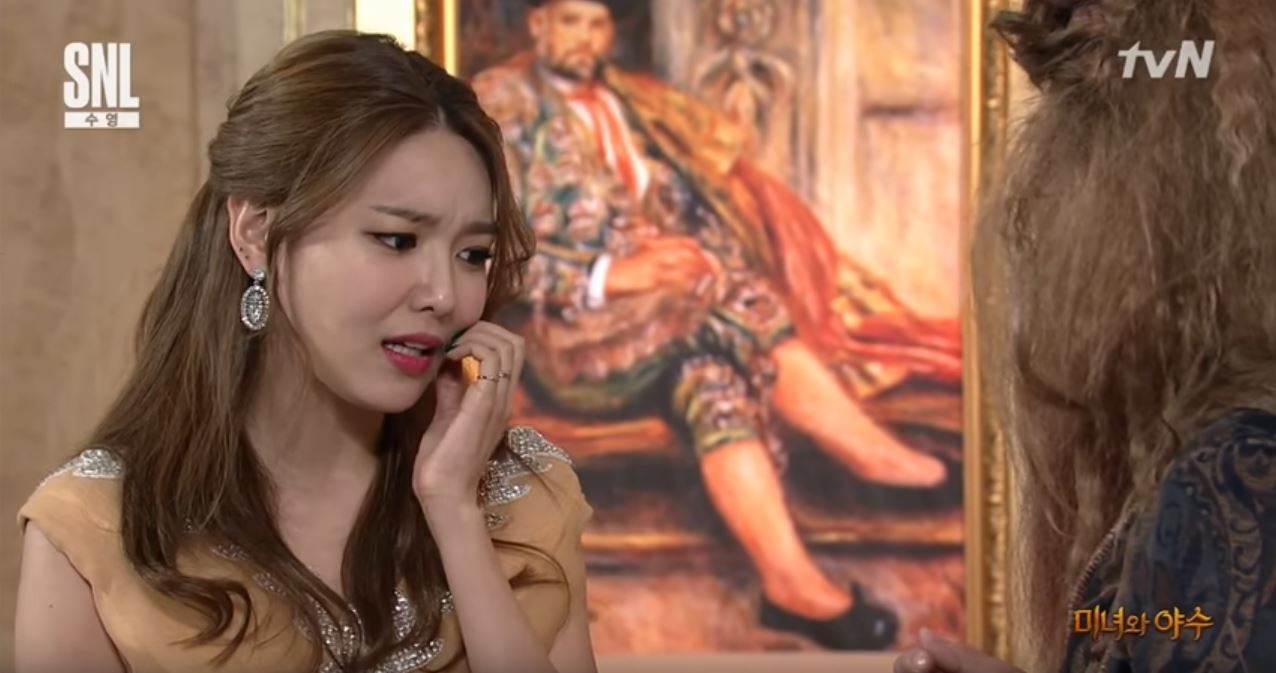 Watch: Girls’ Generation’s Sooyoung Transforms Into Belle For “Beauty And The Beast” Parody On “SNL Korea”

Girls’ Generation’s Sooyoung made an appearance on “SNL Korea” season nine and did a hilarious parody of “Beauty and the Beast.”

She starred alongside Shin Dong Yup, who plays the Beast. When she tells him that she can’t kiss him because of he has so much hair, Shin Dong Yup proceeded to pull out his hair while screaming in pain. Moved by his sacrifice, Sooyoung joins hands with Shin Dong Yup, and they sing the movie’s theme song with new lyrics saying, “The young prince waxed his hair so he could kiss.”

Watch the funny parody below!

Girls' Generation
Sooyoung
SNL Korea 9
How does this article make you feel?