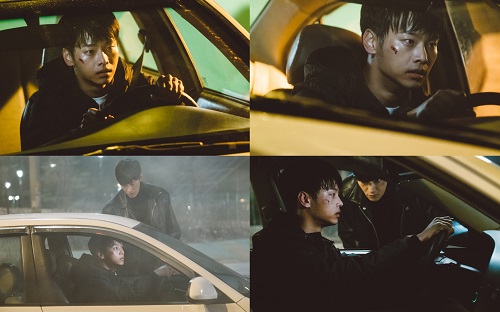 VIXX’s N Gets Into Character In Stills For “Tunnel”

VIXX’s N will be making his first appearance in the next episode of “Tunnel.”

In the stills, N is sitting at the steering wheel of a car while looking straight ahead. Outside, Choi Jin Hyuk is staring into the car, but it is unclear what is happening in the scene.

“Tunnel” is a crime mystery drama about a man in the 1980s who travels in time to 2016 and 2017 to find the culprit behind a serial killing incident.

N will play sergeant Park Gwang Ho, who was born in 1988 and has three years of experience under his belt. When he was working at the patrol division, he once neglected a woman who reported that she was being stalked without thinking much of it. When she was murdered the next day, he developed a trauma about the incident.

It was previously revealed that N’s character would be meeting Park Gwang Ho from the 1980s (Choi Jin Hyuk) just once, and the scene in the stills seems to be that fated moment.

Meanwhile, N proved himself to be a skilled actor through KBS’s “Sassy Go Go” and musical “In the Heights.”

OCN’s “Tunnel” airs every Saturday and Sunday at 10 p.m. KST.