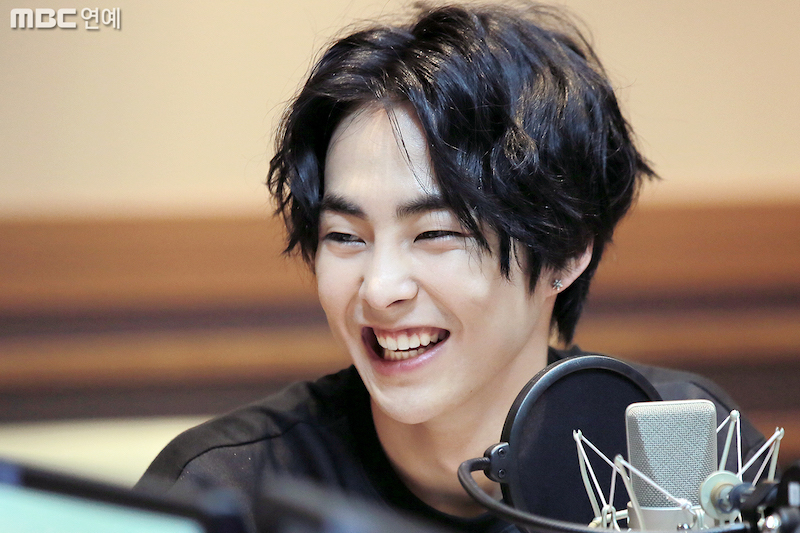 EXO’s Xiumin hardly looks his age, but another special birthday has come and gone for the group’s resident fairy!

March 26 marks the eldest EXO member’s 27th birthday (by Western reckoning), and fans from around the world showed their love in an even more active manner to honor his special day.

The day started off with #HappyXiuminDay trending worldwide before midnight even hit in Korea, and managed to stay in either first or second place for many hours.

SM Entertainment also celebrated Xiumin’s birthday with various posts through its “SUM” social media accounts, in addition to once again rearranging the chairs at SM Artium as well as hiding a special message in the idol group’s own game, EXO RUN. 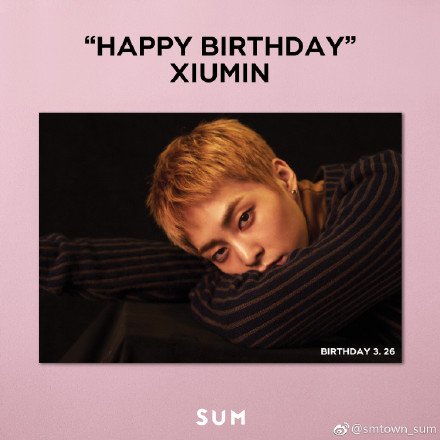 As warm-hearted as the idol they love, fans from around the world participated in many charitable events, donating to meaningful causes in Xiumin’s name. 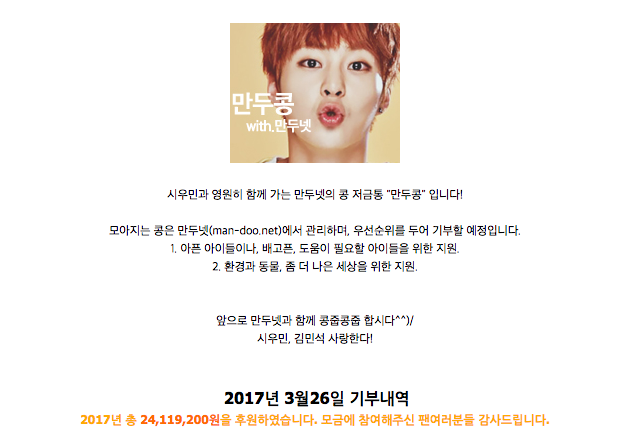 The love didn’t stop there, as hundreds of fans waited for hours and hours outside of SM Artium at COEX Mall, where they participated in many fan-held giveaway events, and celebrated Xiumin’s birthday as one. The fifth floor turned into a concert hall whenever an EXO music video played, while fans also counted down to “Xiumin time,” or 3:26 p.m. KST, to sing happy birthday all together.

In addition to the more common billboard, subway, truck and newspaper ads, which have been placed all around Korea and even worldwide, one fan site in particular also held a special cup sleeve event, which began on March 18 and will continue until March 31. In addition to the cup sleeves, which are given out daily at a specific cafe, there are also banners near the cash register as well. 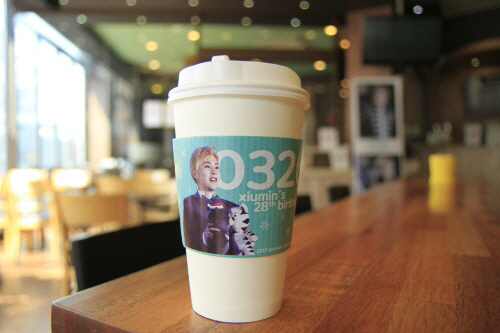 Of course, the day wouldn’t be complete without the social media-active EXO members sharing their own heartfelt wishes.

Chanyeol posted an affectionate conversation he had with Xiumin, where the two EXO members playfully showed their love for each other as Chanyeol wished Xiumin a happy birthday.

Meanwhile, Sehun, being Sehun, arguably took home the prize of sharing the best photo of the day, a shirtless picture of Xiumin. He also wrote a short birthday message in English, complete with lots of emoticons.

EXO
Xiumin
Sehun
Chanyeol
How does this article make you feel?