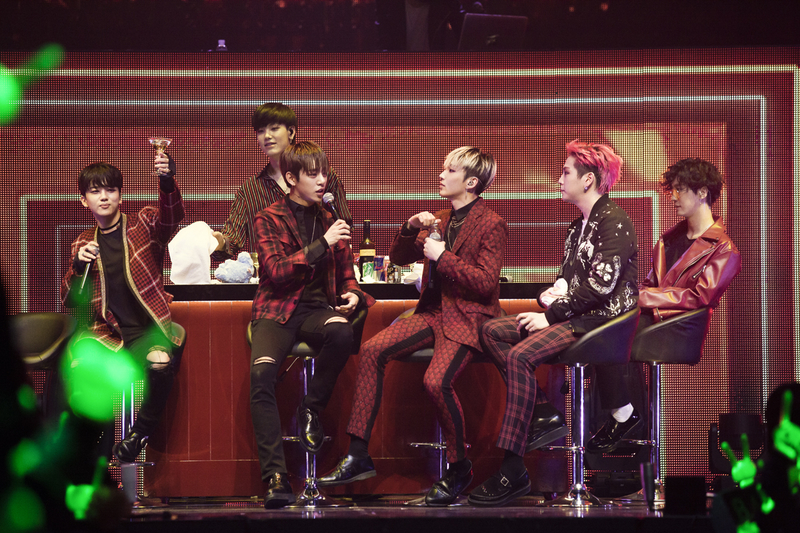 On March 26, Soompi had the chance to attend the Seoul leg of B.A.P’s “2017 World Tour ‘Party Baby!'” and one thing is for sure, B.A.P definitely knows how to get the party started!

The night started with a set from DJ Reverse Prime, who was in charge of getting fans even more excited for the night. He played a slew of heart-pumping remixes, incorporating some of B.A.P’s hit songs, and had fans jumping and dancing along. 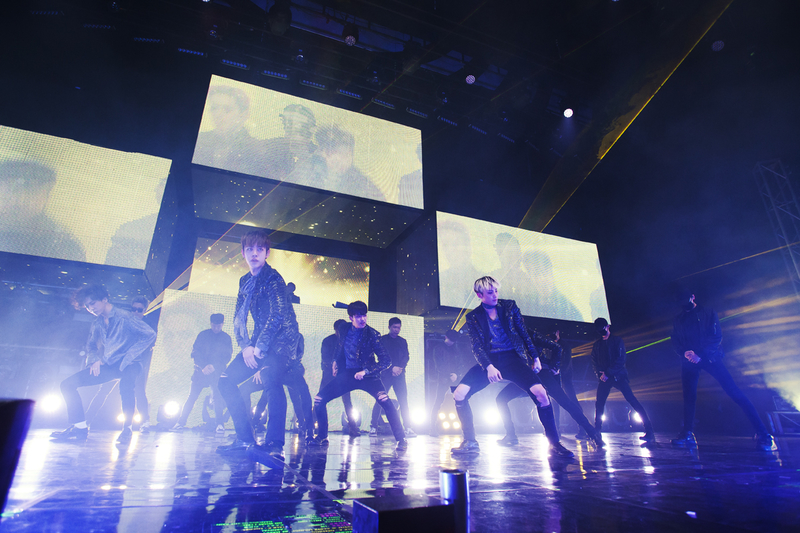 A countdown signaled the beginning of the concert, as a video showed the members getting ready for their performance in their waiting room. The fans’ screams intensified as B.A.P made their way on stage, and reached their peak when the first few notes of “Hurricane” played out. B.A.P really knew how to continue the hype that the DJ had built up, performing exciting songs like “Bad Man,” “No Mercy,” and “That’s My Jam.”

The concert took a more sensual turn with renditions of “Fermata,” “I Guess I Need You,” and “Body & Soul,” while performances of “Skydive,” “Young, Wild and Free,” and “Wake Me Up” had fans back up and dancing along. 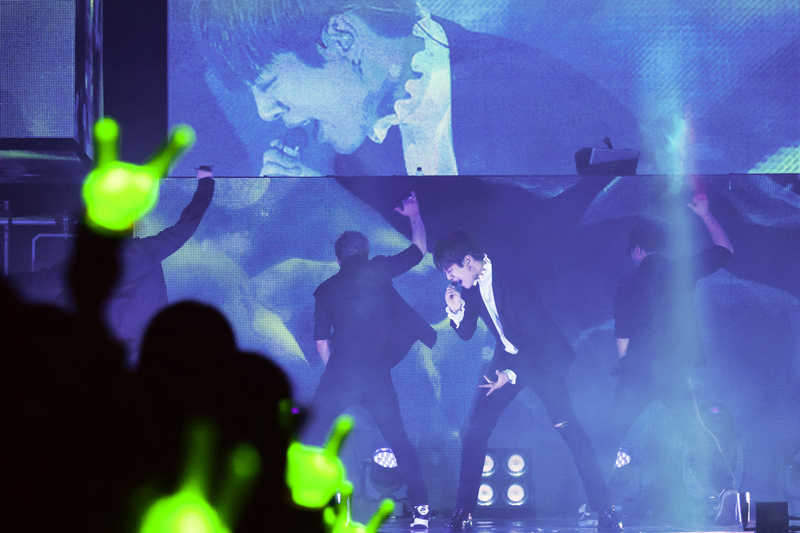 The night also featured solo performances by Daehyun, Zelo, Youngjae, and Jongup. Daehyun performed “Shadow,” a self-composed track that uses lyrics to compare a person one can’t forget to a shadow. Zelo’s track was an acoustic ballad called “Shine,” and was the rapper’s first time performing as a vocalist since making his debut. He performed the song in English and described that the theme of the song is being in a “will they, won’t they” kind of relationship with his fans. Youngjae’s “Lie” was his first solo song and was an R&B track that honestly expressed the pain of breaking up in the lyrics. Jongup performed “Try My Luck,” a PBR&B-style track that used a 808 bass that accentuated his deep and soulful voice. 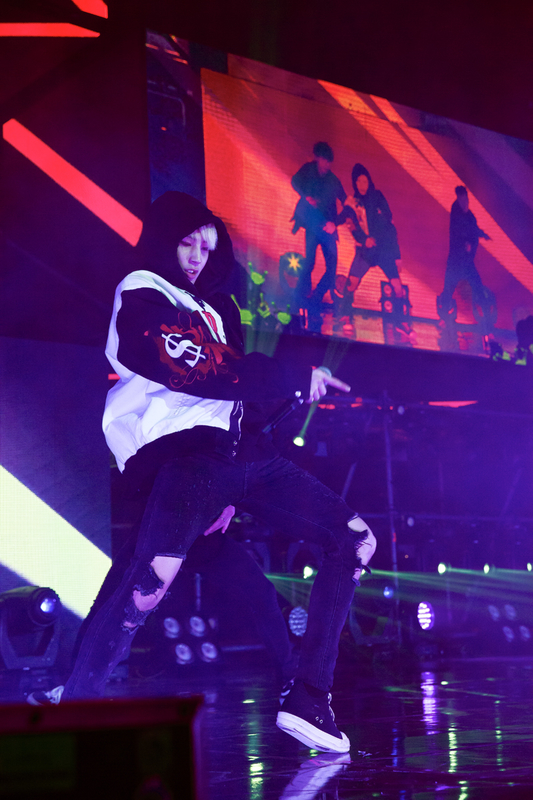 There were quite a few memorable moments during the night. The first happened during B.A.P’s “dress code competition,” in which they selected fans who adhered to a previously announced dress code the best. Tonight was Zelo and Jongup’s turns to choose. While Jongup chose a fan who best embodied the “girl crush” concept, Zelo decided to pick someone who reflected B.A.P’s mascot, “Matoki.” The person he chose definitely deserved to be picked. She was wearing quite a big mask of Matoki that covered her entire head, and it was revealed that she had spent 11 hours making it. Both fans received a teddy bear with a voice recorded message from the respective members, as well as a signed copy of B.A.P’s latest album. 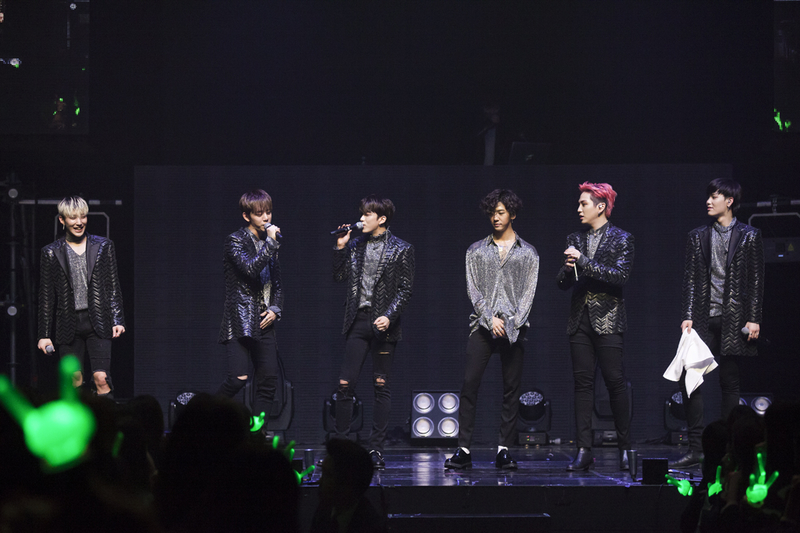 Another moment was when B.A.P addressed the recent health issues that both Bang Yongguk and Himchan had faced. After performing “Skydive,” the members noted that this was the first time they were performing the song with all six members, and Himchan confessed that he had felt a lot of pressure covering Yongguk’s parts during his absence because they were such big shoes to fill. Himchan also opened up about his own health, saying that he made the decision to be in the concert because it was a promise he had made to his fans a long time ago. However, he added that he plans to take a break following the concert to rest up before the group embarks on their world tour. 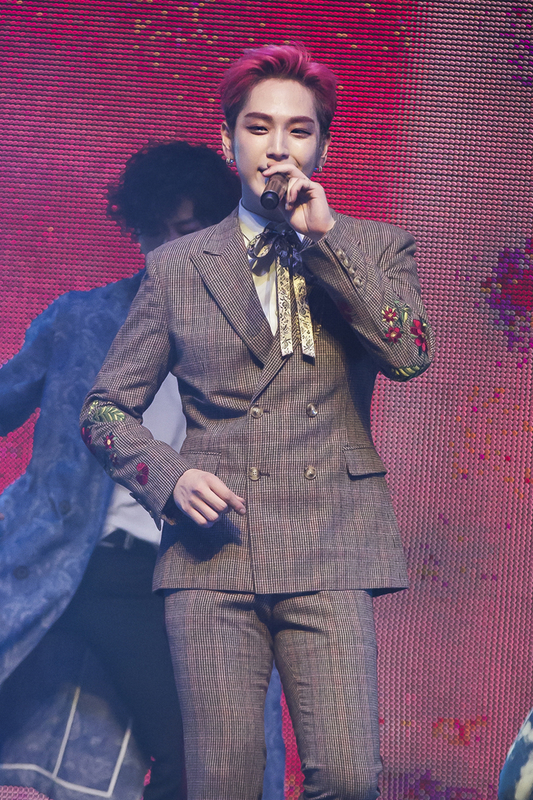 The final, and probably the best, memorable moment involved Daehyun and his mother. When Yongguk revealed that Daehyun’s mother had sent him some side dishes the night before, Daehyun’s response was a little less than enthusiastic. When pressed about it, the idol said, “My mom’s not here, so I can say this, but my mom’s food is not that good. Maybe it’s because my taste buds are used to MSG and fast food, but it’s really not that good.”

However, his expression soon turned to a look of horror when his fans pointed at his mom, waving at him from the audience. Daehyun immediately tried to do damage control and said, “I didn’t say all of my mom’s food is bad. Just some of it doesn’t agree with me.” He ended the situation on a good note, explaining that his mom had been taking such good care of him these days, feeding him abalone, samgyetang (chicken soup with ginseng), and soy sauce marinated crab. 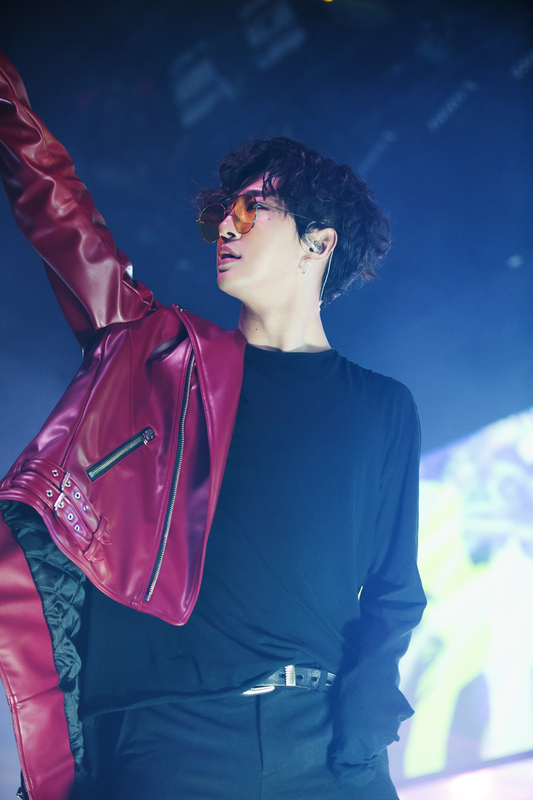 The night ended with B.A.P and their fans having fun, dancing to songs like “Check On,” “Feel So Good,” and “Carnival” as the members sprayed their fans and each other with water guns. The fans even prepared a special banner event for Yongguk for his upcoming birthday, and everyone took a moment to sing “Happy birthday” to him. The night ended with the members promising their fans that they will do their best to stay healthy and happy throughout their upcoming world tour, and that they hope to return as they have lots planned for 2017. 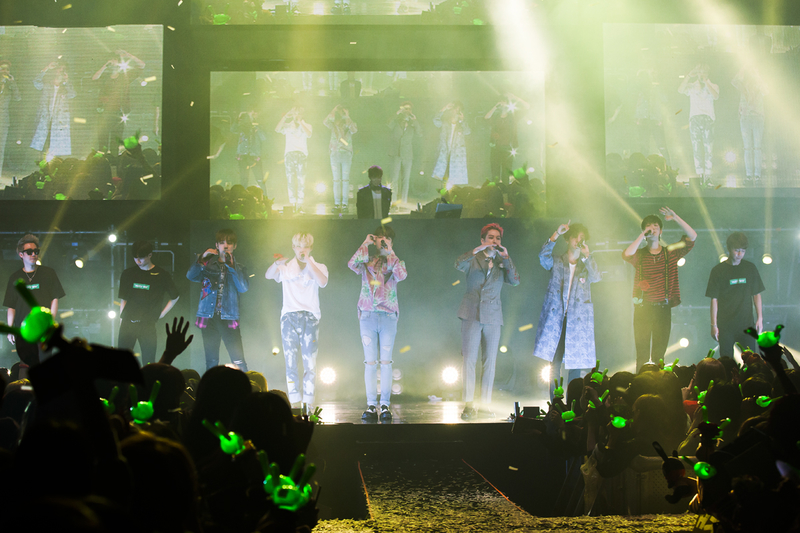 B.A.P is set to embark on their world tour soon, kicking things off in Atlanta, U.S. on April 5 and touring throughout the region till they reach L.A. on April 16. They will also be performing in France, Germany, Poland, Hungary, and Russia in May. This follows their successful 2016 world tour “Live On Earth” that took B.A.P to 16 countries and drew in approximately 220,000 people across 32 performances. 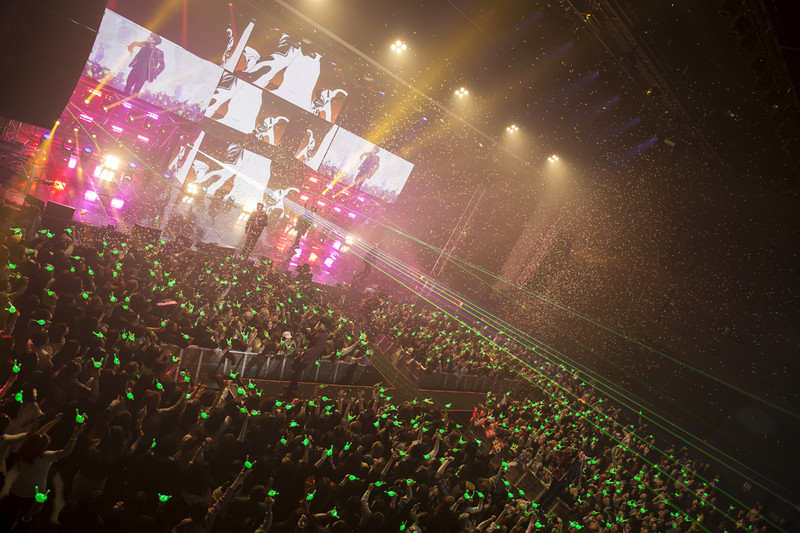