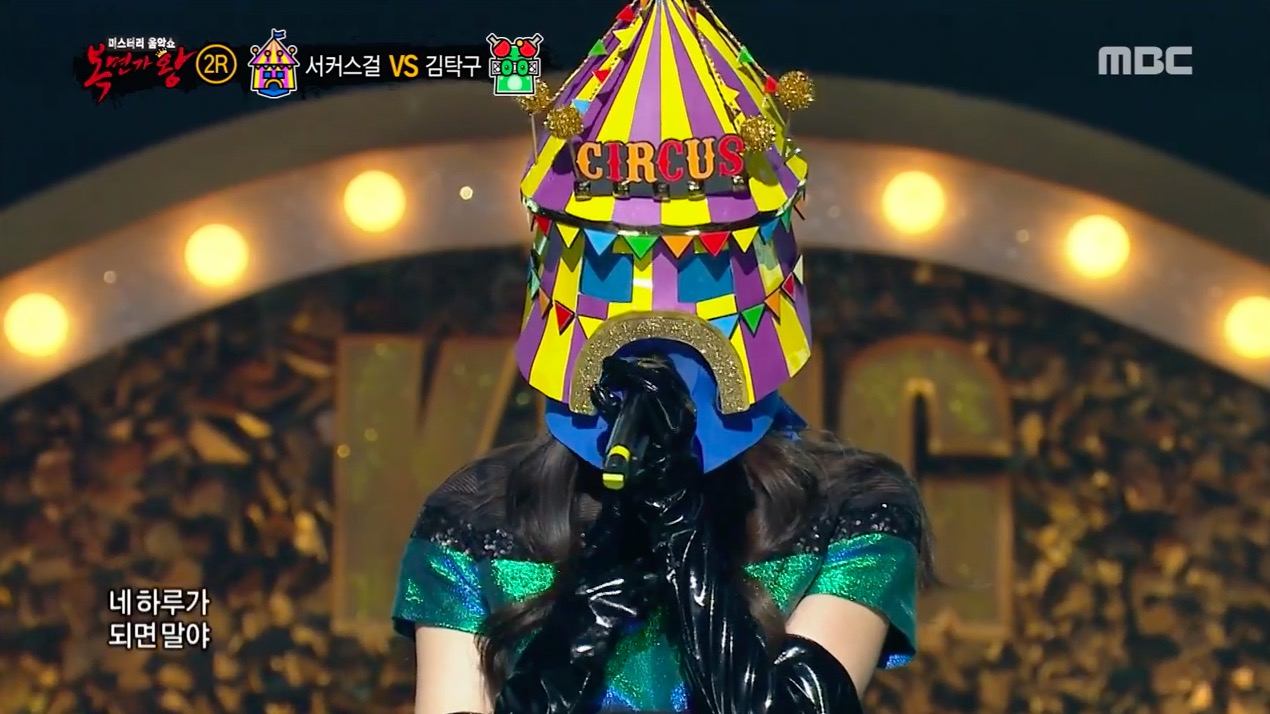 Watch: Hit Rookie Girl Group Member Wows With Her Voice And Gets Teary On “King Of Masked Singer”

A member of a hugely popular rookie girl group impressed everyone with her talents and her unique vocal style on “King of Masked Singer”!

On March 26’s episode of “King of Masked Singer,” the contestant Circus Girl returned to the stage for her second round, in which she performed Jung Seung Hwan’s ballad “If It Is You.” Many of the panel members were touched by her beautiful voice and the emotion she put into her performance. In addition, many of them guessed that she may not be Korean because of her pronunciation.

During the talent portion, Circus Girl also cracked up the panel with her impressions of BIGBANG’s G-Dragon and Britney Spears.

In the end, her competitor Kim Ping Pong won the round with a score of 70 to her 29. Circus Girl removed her mask to reveal that she was BLACKPINK’s Rosé, as many fans had suspected! 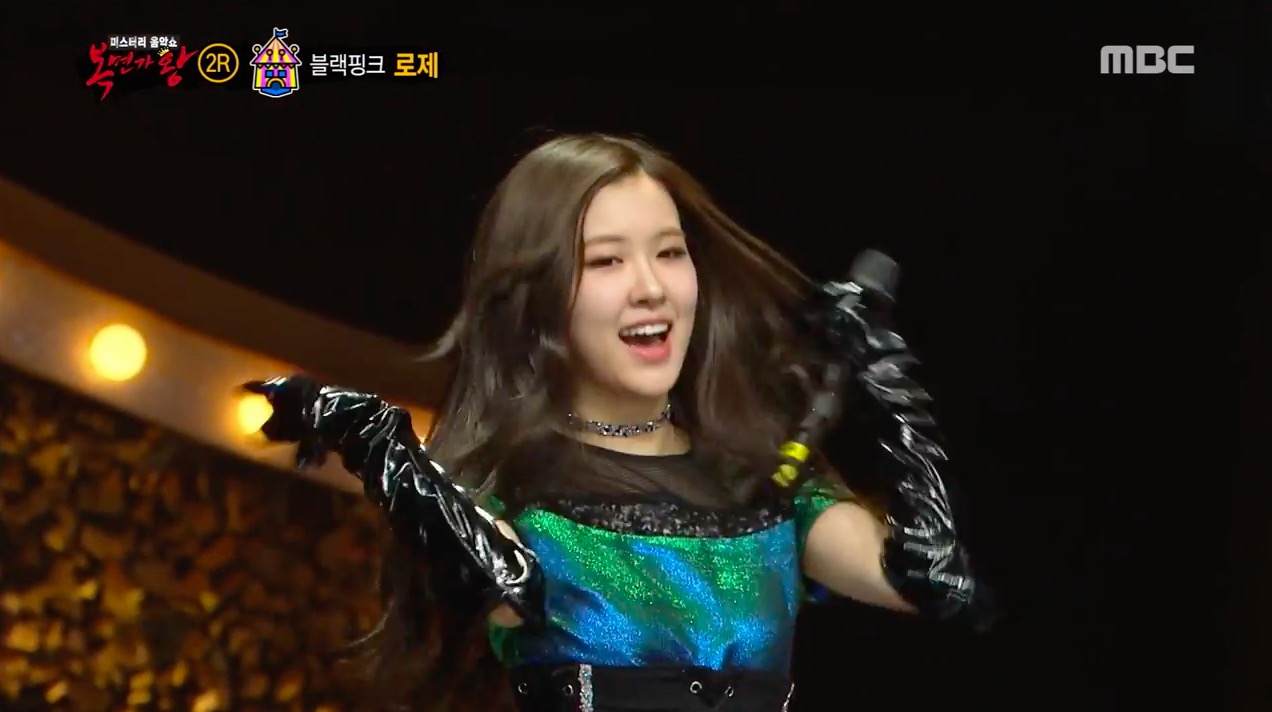 When host Kim Sung Joo pointed out that she was Korean after all, Rosé explained, “Yes, but I was born in New Zealand, and then lived in Australia. I came to Korea to be a singer.” 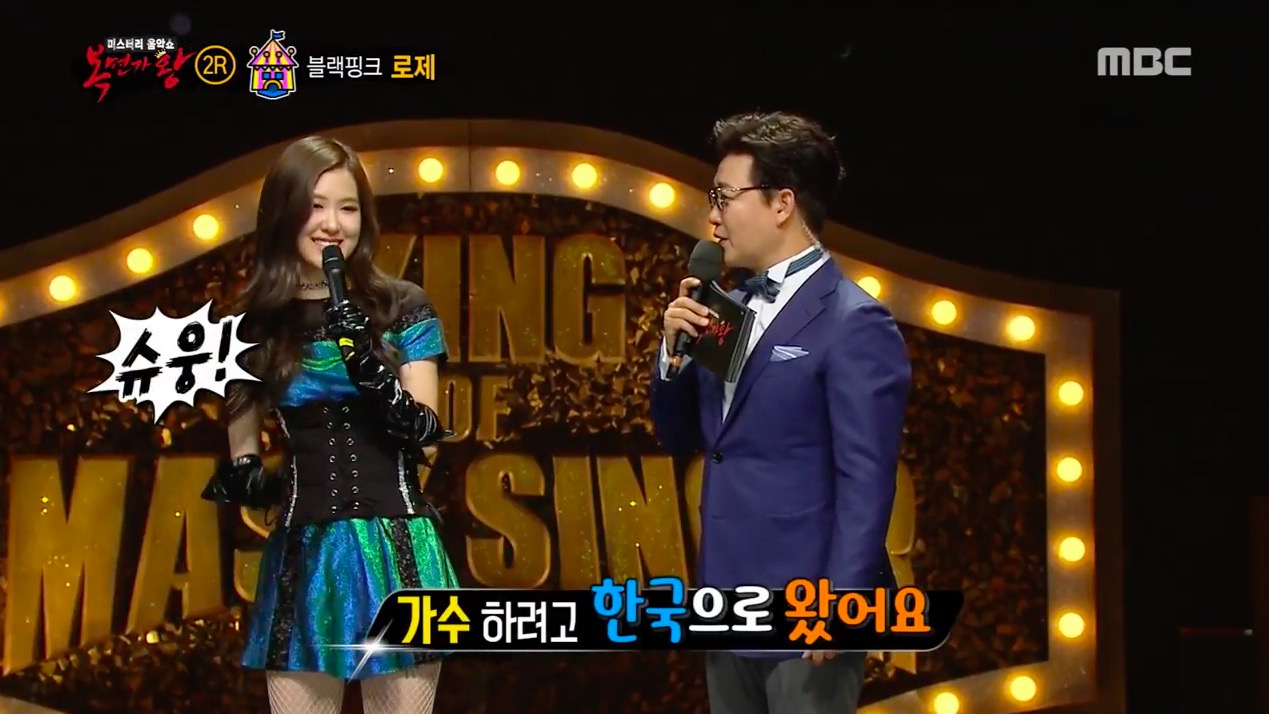 Many of the panelists had commented on her unique vocal style, and Rosé said with a laugh, “I used to think that my voice is quite ordinary, but I hear that it’s very unique a lot. I’m not sure if it’s a compliment or not!” The panelists made sure to clarify that it’s definitely a good thing.

Kim Sung Joo then said he’d heard there was someone she wanted to show her performance to today. “Yes, my mom,” she replied, but when he asked her where her mom is right now, she got teary and stepped away before fanning her face with her hand.

“She’s in Australia,” explained Rosé, before adding, “I’m always crying on TV shows! I’m so embarrassed, I’m sorry!” She then sent a video message to her mom in which she assured her she’s doing well, and that she’ll practice hard so her mom can be proud of her. 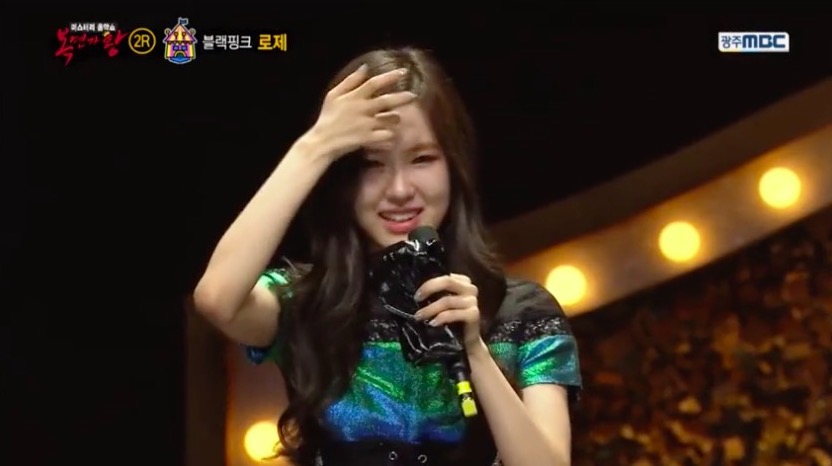 Watch her performance and reveal below!

BLACKPINK
Rosé
The King of Mask Singer
How does this article make you feel?