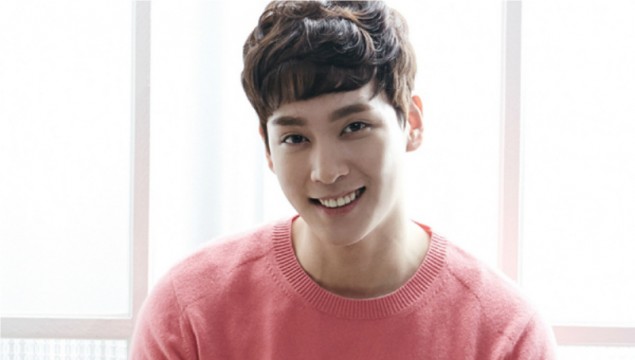 He said, “It didn’t really sink in to me that the drama ended, but I definitely feel it during interviews. Although it was a miniseries, the filming was actually very long. We filmed on Jeju Island and stayed in a dorm together with the other actors, and so we made a lot of great memories together. It was tough work, but I miss it now that it’s over.”

When asked about what he focused on, he revealed that he did a lot of thinking and analyzing before portraying his character, saying, “My character did a lot of murdering, but he didn’t murder them for the same reasons. So I wanted to make sure it was different each time. Of course, murder can’t be justified for any reason. But I wanted to make it so that when the viewers saw my character, they wouldn’t see him as someone they simply hate. I wanted to them to see that he was hurt, and that he could be sympathized with. While Taeho is strong and combative, I thought of him as pitiful and weak as I acted. He committed lots of crimes to cover up a murder that he didn’t even commit. He is evil, but overall, I think he may be the weakest.”

He was then asked whose murder was hardest to film. He chose Chanyeol’s character, saying, “Chanyeol was so tall that it was hard. And then after killing him, I had to drag him, but he’s such a well-built young man that he was too heavy to drag. On top of that, I had a cracked rib at the time. It was hard, but it worked out in the end.”

EXO
Choi Tae Joon
Chanyeol
Missing 9
How does this article make you feel?