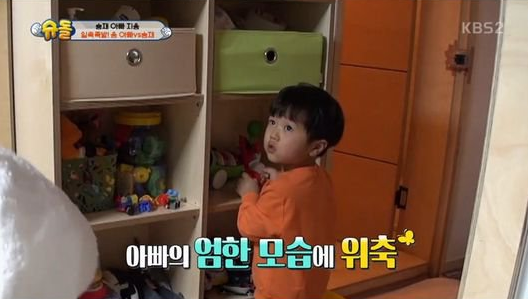 Seungjae Cutely Threatens To Run Away From Home With Hilarious Results

Another week, another week of adorable hilarity from Seungjae, the charming son of Go Ji Yong!

The March 26 episode of the KBS variety show “The Return of Superman” showed Seungjae attempting to entertain himself while his father took a quick shower. Although Go Ji Yong told him to calmly sit and play with his dinosaurs, Seungjae couldn’t hold still and decided to play some tricks on his dad. 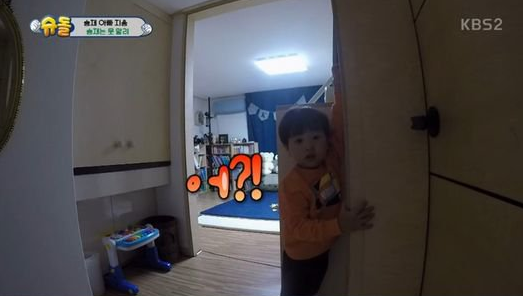 While his dad was in the bathroom, Seungjae decided to run and flick the lights on and off. His dad warned him to stop but there was no stopping Seungjae as he giggled at his dad’s warnings. Go Ji Yong stermly scolded him, saying, “If you keep turning off the light, I’m going to call the scary grandpa,” alluding to a character in an old children’s story, but the threats fell on deaf ears. 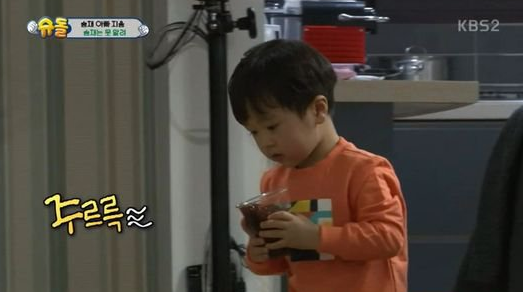 Seungjae then decided to go to the kitchen and dunk jujubes into a cup of coffee that his father had been drinking and then took it to the bathroom. He opened the bathroom door and then poured the drink all over the floor. Exasperated, Go Ji Yong reprimanded his son again, and upset, Seungjae announced that he was going to run away, saying, “I’m going to go meet grandma!” 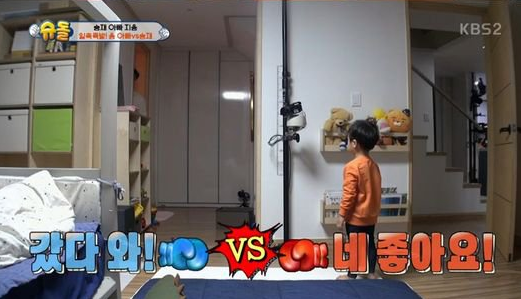 However, he was surprised when his dad replied, “Fine, leave to see your grandma.” He had expected to hear his dad try to convince him to stay but when he saw that his dad was okay with him leaving, he cutely tried to make excuses to stay longer, asking his dad to help him put on his clothes and shoes. Go Ji Yong made no other remarks and helped him get ready to leave.

Finally, Seungjae exploded into tears and exclaimed, “I want to stay and live with daddy!”