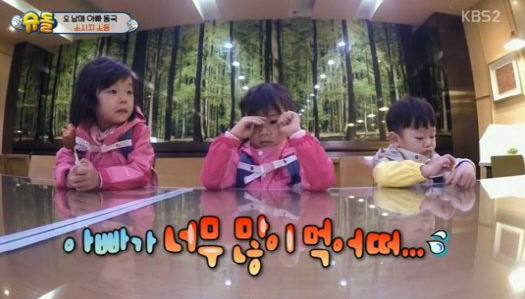 When will the pranks ever end for Lee Dong Gook and his adorable five children?

The March 26 episode of the KBS variety show “The Return of Superman” featured the soccer star taking his family on a trip to the countryside to taste the healthy sap that comes out of trees.

After a long car ride, he stopped by a a rest area to feed his kids. Upon discovering that he only had three thousand Korean won (about $2.70 US dollars), he announced to his three children that they will have to share one sausage.

He took the first bite and his kids were horrified when he chewed off more than half of the sausage with his first bite. Seol Ah took the next bite but Soo Ah, known for her love of eating, saw how little was left and soon erupted into tears, angry and upset at her father.

Daebak was shocked by his sister’s crying but, hilariously, still held out his hand and asked for his share. However, since Soo Ah didn’t eat, Lee Dong Gook announced that Daebak couldn’t eat either, which then made Daebak burst into tears as well. 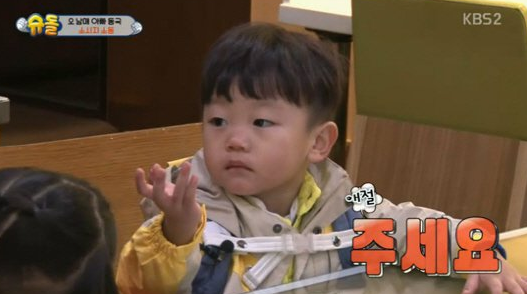