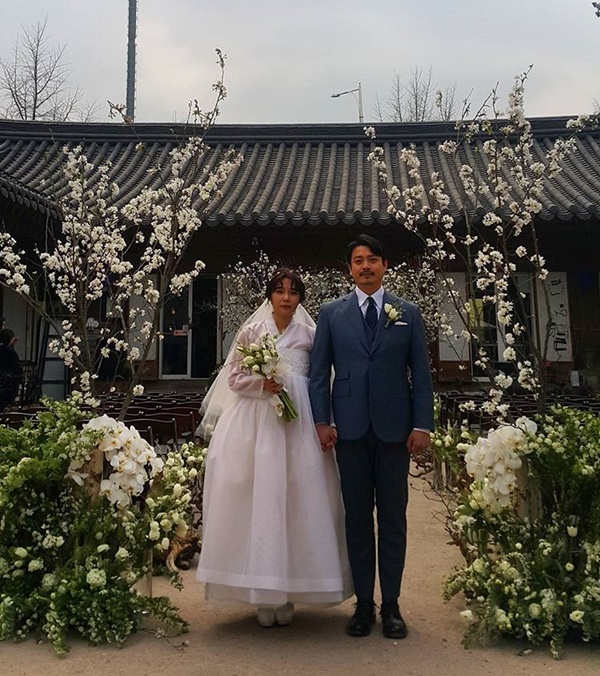 On March 26, the couple exchanged vows at a hanok (traditional house) cafe in the Jangchung neighborhood in Seoul. The ceremony was very informal, with fellow Buzz singer Min Kyung Hoon officiating and singer Park Won performing the congratulatory song.

The wedding director, Ryo Han, posted on Instagram a picture of the couple at their wedding ceremony surrounded by flowers. The caption reads, “The wedding of Buzz’s Yoon Woo Hyun and Rumble Fish’s Choi Jin Yi under the warm spring sunshine! They walked down the aisle together to the song that they wrote and produced themselves, ‘Season of Love.'”

Yoon Woo Hyun debuted with the band Buzz as the guitarist in 2003 while Choi Jin Yi debuted in 2004 as a vocalist in Rumble Fish. They began dating in 2010.