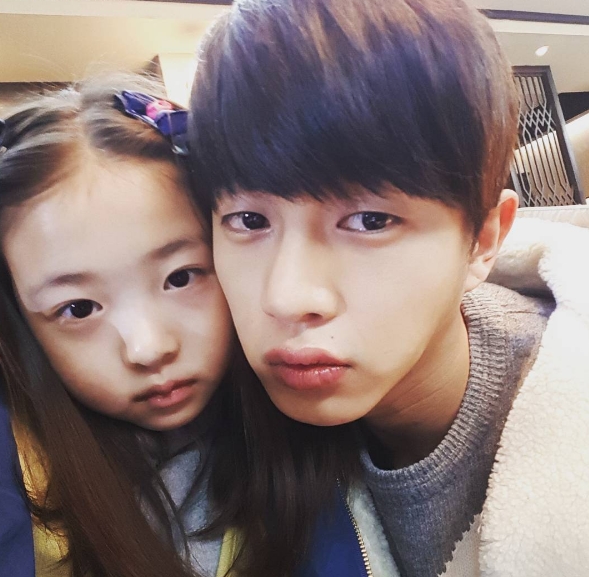 After the drama “Defendant” ended, the actor sat down for an interview on March 27 and talked about working with child actress Shin Rin Ah.

Even when they went to Okinawa for their reward vacation, he said that he stayed by Shin Rin Ah’s side, explaining, “I was walking along the shore of Okinawa beach while holding her hand, and Rin Ah told me, ‘Uncle, you will forget me when I become a high school student and college student later on.’ I’m not usually emotionally affected, but I felt weird this time because I poured out all my emotions while working on this drama.”

The actor continued, “Rin Ah’s eyes were always full of emotions and she listened to me very well. I feel more attached to her because she is my first actress partner. I want to watch her grow up well.”

“I told her, ‘You’re going to forget about [me] after your next, next project,’ and she said that she won’t because she has a photo of us playing in Okinawa together.”

Kim Min Suk expressed his gratefulness towards his co-star, saying, “I feel like crying whenever she says something like that. Rin Ah’s mom would sometimes leave her to my care so she could get some rest. Rin Ah’s mother and I only have a 10-year age difference, and we became comfortable with each other by maintaining a sister-brother relationship.”